You are here: Home / Apple Inc / What to Expect from Apple: WWDC Predictions for 2017 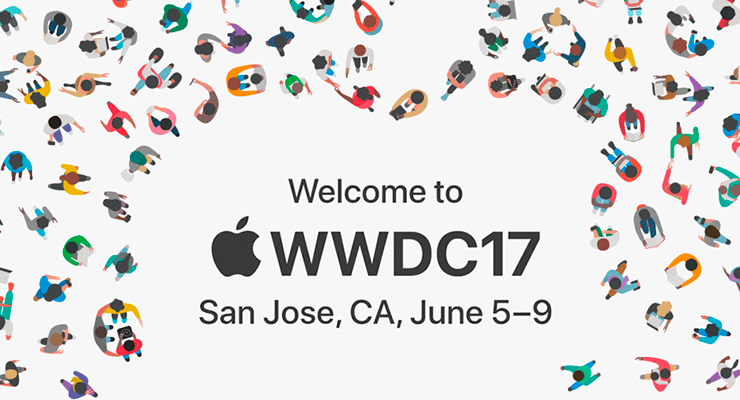 What will Apple unveil at WWDC 2017? Here are our WWDC predictions for 2017, including updates to iOS and macOS, refreshed MacBook Pros, a new size for the iPad Pro and more.

WWDC stands for World Wide Developer Conference, and it’s Apple’s major software release event for the year. At the week-long Bay Area event, Apple unveils changes to the major developer platforms, like iOS, tvOS and macOS. There’s a keynote on the first day of the event when the new releases are announced to the public. That will be held on Monday, June 5th at 10 AM Pacific this year. Following the keynote, there will press events, developer-specific workshops and demos for new features through June 9th.

This years WWDC will be held at a different venue that previously, moving to the McEnery Convention Center in San Jose, California. Apple had previously held the event at the Moscone Center in San Francisco, and the change has folks wondering how San Jose will be different from SFO.

Apple always releases a preview of the newest version of iOS to coincide with WWDC, and this should be no different. Among our WWDC predictions, we expect UI updates and expanded functionality for Apple extensions. Other sources have suggested that iOS 11 will include major updates for the iPad. This could include expanded functionality for the well-designed but criminally-underused Pencil, which pairs with the iPad Pro to allow drawing input.

Apple design head Jimmy Iovine has said that Apple Music will be getting a refresh in iOS 11 as well. Back in January, he told the Hollywood Reporter the following: “At Apple Music, what we’re trying to create is an entire cultural, pop cultural experience, and that happens to include audio and video.” This expansion comes at a time when Apple is generating original video content like “Planet of the Apps,” and the redesigned Apple Music could be better optimized to support that particular content.

One of these years, we’ll get macOS 11. This year will not be that year. Like iOS, Apple typically previews the new macOS point update at WWDC. Our WWDC predictions include hints that the common name of the OS will start with an M. We’ve heard some good guesses: Malibu, Mojave and Monterey Bay are all good options.

Actual rumors are thin on the ground, but Mac users have a long wishlist of potential updates. The badly-bloated iTunes needs plenty of attention, and a Siri and Spotlight merger has long seemed in the works. Conference-calling in FaceTime has also been frequently requested by users. Apple could also release long-missing iOS apps for macOS: if they released a clock app, maybe macOS could finally get native timers and alarms. And if I could set my iPhone to auto-unlock when it’s near my Mac, that would make me so happy. Our biggest WWDC prediction is updates to the MacBook Pro line, indicating an out-of-cycle spec bump. Since last year, we’ve heard that the MacBook Pro line would be getting updated to Intel’s newest Kaby Lake processors in 2017. Now, it looks like that’s finally set to happen.

Currently, the MacBook Pros are limited to 16 GBs of RAM, a ceiling that some have found offensive. The Kaby Lake update may allow for a greater allotment of low-power RAM favored by Apple. However, the processor specs for the suspected chips don’t seem to include greater support for LPDDR3 RAM, so technical details are murky. We should also expect to see improved batter life with the newer processors, though it’s not clear how much of a change there will be.

The 12-inch MacBook could also see similar upgrades, with an internal spec bump to support Kaby Lake. Some rumors have suggested a MacBook Air update, but that seems unlikely, considering the platform has been essentially superseded by the MacBook.

If you’re interested in the technical details, we have seen some leaked processor specs for the MacBook Pro. Apple analyst Ming-Chi Kuo has WWDC predictions of his own. He’s predicted a greater than 70-percent change that Apple will release the long-rumored 10.5-inch iPad Pro at this year’s WWDC. It’s rumored keep the same physical size as the 9.7-inch iPad Pro while receiving a larger display thanks to smaller bezels.

tvOS and watchOS are also expected to see updates. tvOS, which powers the Apple TV, is especially ready for some major changes. The platform has languished in relative obscurity, with infrequent updates since 2015. watchOS is also due for an update to version 4. There isn’t many WWDC predictions for either software platform. Hopefully we’ll see greater API accessibility for tvOS and new featured for watchOS.

The Top Five Most Anticipated Apple Devices in 2017