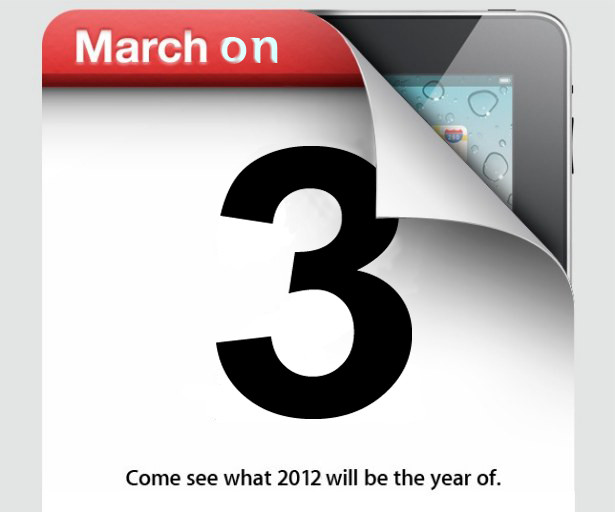 If reports can be believed, we can expect to see the announcement for the new iPad 3 in just a few weeks.

According to a report posted at AllThingdD, the iPad announcement event is slated for the first week of March, which is consistent with the other rumors that have been circulating about its release.

The AllThingsD report also said that the venue for the announcement will be at the Yerba Buena Center for The Arts. The location, which is in San Francisco, California, has been a favorite venue of Apple. As far as the exact date for the announcement or for the release of the iPad 3 to the market, there are still no firm dates. But based on what happened with the iPad and the iPad 2, expect the iPad 3 to be ready for sale a week after it is announced.

As far as the product itself, the iPad 3 will reportedly have a screen resolution of 2048 x 1536 retina display, which is double the resolution of the iPad 2. It is also expected to have a powerful A6 processor. Additionally, based on leaked photos of what is purportedly the rear shell of the iPad 3, the new model will probably have a bigger battery, and a new rear camera. An additional rumor is that the front facing camera will now be HD quality.

CNet also reported that an update to iOS version 5 – version 5.1, is slated to be released on March 9, which is just right within that sweet spot where the iPad is going to be announced. So it looks like all the indicators are pointing to an actual March announcement. Let’s wait and see if these rumors will all prove to be true.