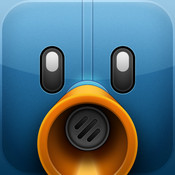 Tweetbot‘s been getting a lot of love from critics and attention from the App Store, lately. I took the iPad version for a spin to see if it lives up to the hype.

Everything about Tweetbot is designed to make using Twitter fast and comfortable, without sacrificing any functionality. Everything you want to do on Twitter you can do from Tweetbot, and in most cases, you can do it easier and faster than on Twitter’s own app or at twitter.com. The key to its success is its brilliant user interface, which is probably the best of any Twitter client I’ve seen. (I enjoyed using it more than I did Twitter’s own app — which I once thought no one would ever top.) Your timeline appears on the right while your navigation bar with options is on the left. The navigation bar is a list of options that include your Timeline, mentions, direct messages, and favorites. It’s also where you can access the search bar, edit your profile, manage your follow Lists, and view the retweets you’ve received from others. One particularly nice feature that no other Twitter app offers is the ability to customize your interface by choosing the navigation buttons that best suit you.

Even the simple act of tweeting is elegant and easy, giving you instant, button-tap access to options like adding hashtags, mentioning other Twitter users, marking your current location, and more. You can even save drafts and come back to them later. Interacting with others’ tweets is done from right within your Timeline. Tap a tweet and a menu will roll down beneath it, which gives you buttons for replying, retweeting, marking a tweet as a favorite, and more. You can also tap the “Details” button to be taken to a full page just for that individual tweet, where you can then view every reply, every retweet, and every other useful bit of info there is about it.

Tweetbot can handle multiple Twitter accounts with ease, allowing you to switch between them via a drop-down menu on your Timeline, which also lets you switch between viewing your Lists as their own Timelines. I’ve never used Lists before on Twitter, but Tweetbot made me want to. There are some nifty multitouch gestures incorporated into the app. These gestures are smart, letting you do things like swipe a tweet to the right to view an entire conversation thread. You won’t find that gestures like these on other Twitter clients, and once you get used to using them, they really streamline user navigation.

Tweetbot supports a truckload of services for image hosting, URL shortening, and more. It has some built-in alert sounds all its own; I found these very welcome, since they serve to set Twitter alerts apart from the myriad of other alerts you get on your iOS device. And yes, just like almost every other aspect of the app, you can customize these alert sounds. Tapbots, the company that makes Tweetbot, also has a separate iPhone version (sadly, it’s not a universal app), but the iPad version is made to take advantage of the screen’s huge real estate for all those lovely graphic enhancements. This combined with the gestures and robust feature set make Tweetbot the new standard in Twitter clients.

Believe the hype. If seeing is believing, then Tweetbot will have you at your very first glance.