You are here: Home / iPad / Review: Bamboo Stylus for iPad 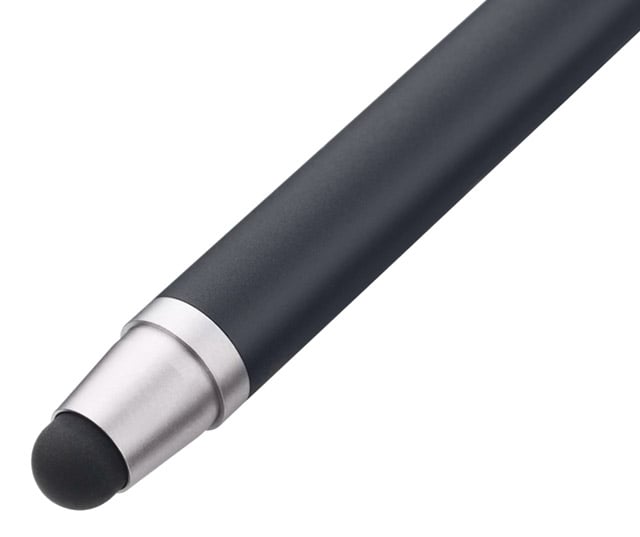 Wacom’s Bamboo Stylus for iPad is a sleek, super stylish accessory that looks and feels great. But does it work?

The Bamboo Stylus is meant for use in conjunction with Wacom’s Bamboo Paper app, which is pretty darn great in its own right. Bamboo Paper is one of the best iPad apps for handwriting I’ve seen yet, brilliantly recreating the look and feel of a real ink pen’s writing. But is the Bamboo Stylus really the best stylus for your iPad?

If form factor was everything, the Bamboo Stylus would take the cake, hands down. It’s longer than most styluses, with a brushed metal finish that screams “high-end” or “power executive.” It’s made entirely of metal, so its heft feels extremely solid in your hand; I’d go so far as to say it inspires confidence. The grip is satin textured, which does nothing to take away from its tactile, brushed metal surface. It merely adds a bit more friction to hold onto.Â It’s so cool, it feels so right in your hand, that if ever there was a stylus aesthetically worthy of the uber-coolness of the iPad or iPhone, the Bamboo would surely be it. Even the smaller details are appealing. The flat metal pocket clip is easily detachable, and the seam where it was attached all but disappears when you screw the top back on. The bulb is much narrower than that of your standard stylus, a feature very much welcomed by this reviewer. Though I still don’t know why no one’s created a fine-point stylus for iDevices yet; it seems like a no-brainer since Apple’s mobile gadgets are so perfectly suited for handwriting.

When it comes to usage, it works well, but I can’t call it perfect.Â I can’t help comparing it against the Targus Stylus I reviewed a couple of weeks ago, and it seemed to have marginally less-effective contact with the iPad’s surface than the Targus.Â Whereas Targus’ stylus registered contact with the touchscreen 100% of the time, the Bamboo Stylus only achieved about 90-95%. The Bamboo’s rubber tip seems to be not quite as smooth as well.

Most users are probably unlikely to notice the discrepancy, particularly if they’ve never tried a different stylus. So with its utterly perfect form factor, the Bamboo Stylus makes for a great accessory for any iOS user.