iOS 8 has been out for a few days now, and by all accounts it’s one of the best OS upgrades yet. With more interoperability between apps and devices than ever before, it’s a huge leap for Apple and seems to be all in all a really good thing.

Just like anything else though, you have to take the good with the bad. While there is arguably not that much bad about iOS 8, there are still some annoyances that need fixing. From predictive text to recently deleted pictures, some features need some tweaking to be better. Check out the 5 top annoyances with iOS 8 below and add your most annoying iOS 8 features in the comments below.

1. Get Rid of QuickType

The keyboard is a big area of focus in iOS 8. With predictive text and upgradable keyboards, there’s a lot to see. One feature that not everyone is happy about is the predictive text that comes turned on by default in iOS 8. While this can be helpful, it can also really mess with someone used to typing on the iPhone keyboard and be a real pain.

To turn off QuickType open up the Settings app, then tap on General > Keyboard. Here, just set the Predictive option to OFF and you’re all set. 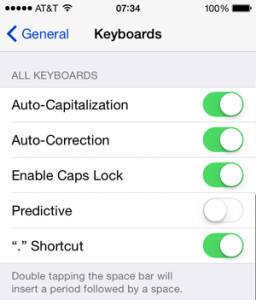 2. Hide Contacts From the Multitasking Screen

Another feature that’s turned on by default is the list of favorite and recent contacts that now shows at the top of the screen when you double-click the home button to go into multitasking mode. This was meant to make it easier to access your most-used contacts, but on the iPhone 4S, 5, and 5S this takes up a lot of space and makes the screen feel crampt.

If you want to turn this feature off, tap on Settings > Mail, Contacts, Calendars and scroll down to the Contacts section. Tap on Show in App Switcher and turn off either Favorites or Recents, or both to get your App Switcher screen back to normal.

Many people heading over to their Photos app after the iOS 8 upgrade were surprised to see that Camera Roll wasn’t present. Many worried that their entire Camera Roll was gone, lost to the ether that is iOS. 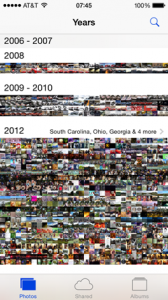 Fear not though, as your photos are still safe and sound, they’re just somewhere else now. Open up the Photos app and tap on Photos (instead of Albums, where this used to live). Tap the upper left corner and you’ll see a list of all the pictures you’ve taken or added. This is the historical view of your photos, but to easily see the most recent, tap on Albums and then on Recently Added to see the traditional Camera Roll, just with a new name.

A nice feature in iOS 8 is a trash can of sorts for the Photos app. We’ve all deleted pictures before that we didn’t mean to and usually scramble to find the deleted picture on another device or computer.

iOS 8 gives you a chance to save those pictures with the Recently Deleted album. To access your recently deleted photos, tap on the Photos app and then Albums. Here, scroll down until you see the Recently Deleted folder. Tap on it and you’ll see a list with how old the deleted image is. 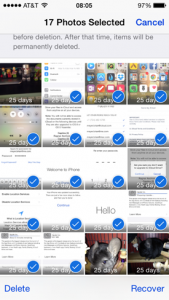 To permanently remove the photo from your iPhone just tap Select in the upper right corner, select the images you want removed, and tap Delete. Alternatively, to recover deleted images, do the same steps and tap Recover instead.

5. Keep Text Messages Forever, or Not

iOS 8 now allows you to set messages to self-destruct in your iPhone. Whether it’s to protect your privacy, or hide embarrassing messages from prying eyes, you can set a limit on how far back messages are saved. 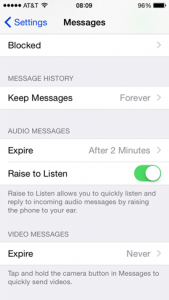 Tap on each to set how long to keep messages once they’ve been viewed or listened to. This is great for keeping your messages private, but can also be good at keeping messages that take up space off your device. Just make sure you remember you won’t be able to come back and listen to that message later, unless you change it.