You are here: Home / Patents / Fancy a Smoke Detector iPhone? 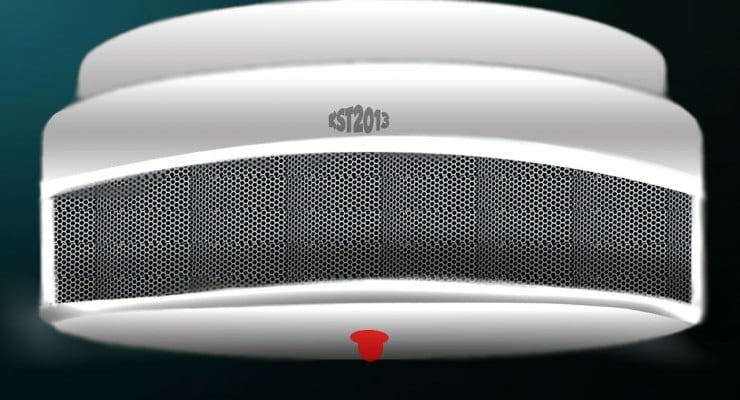 Another patent was awarded to Apple last week, one which may prove to be one of the most useful features of the iPhone (and other devices) if it ever gets implemented.

Apple and Cisco have recently unveiled a partnership between them, which “is aimed at helping Apple’s mobile devices communicate more effectively on corporate networks where Cisco gear is widely used, the companies said. They also plan to jointly work on technology to help workers with iPhones and iPads better exploit Cisco’s collaboration products, including its video- and Web-conferencing services.”

But with this new patent, it seems that Apple is not only looking to gain a strong foothold in the enterprise world but aims to continue having a firm grip on private consumers.

According to Apple Insider, “as part of a networked system, an iOS device would be outfitted with a sensor suite similar to light-based or ionizing smoke detectors commonly found in hardware stores, but shrunken down to fit within a handheld chassis. Some embodiments call on more traditional sensors, like an iPhone’s camera, to pull double duty as smoke detection devices.”

With all the sensors already installed on Apple devices, this additional capability shouldn’t pose an issue. While we’re clueless as to whether we’ll get a smoke detector iPhone any time soon, this development supports the idea that Apple is not going anywhere with regard to home automation, which is hardly surprising.

Apple Wants to Sense Your Mood in the Future