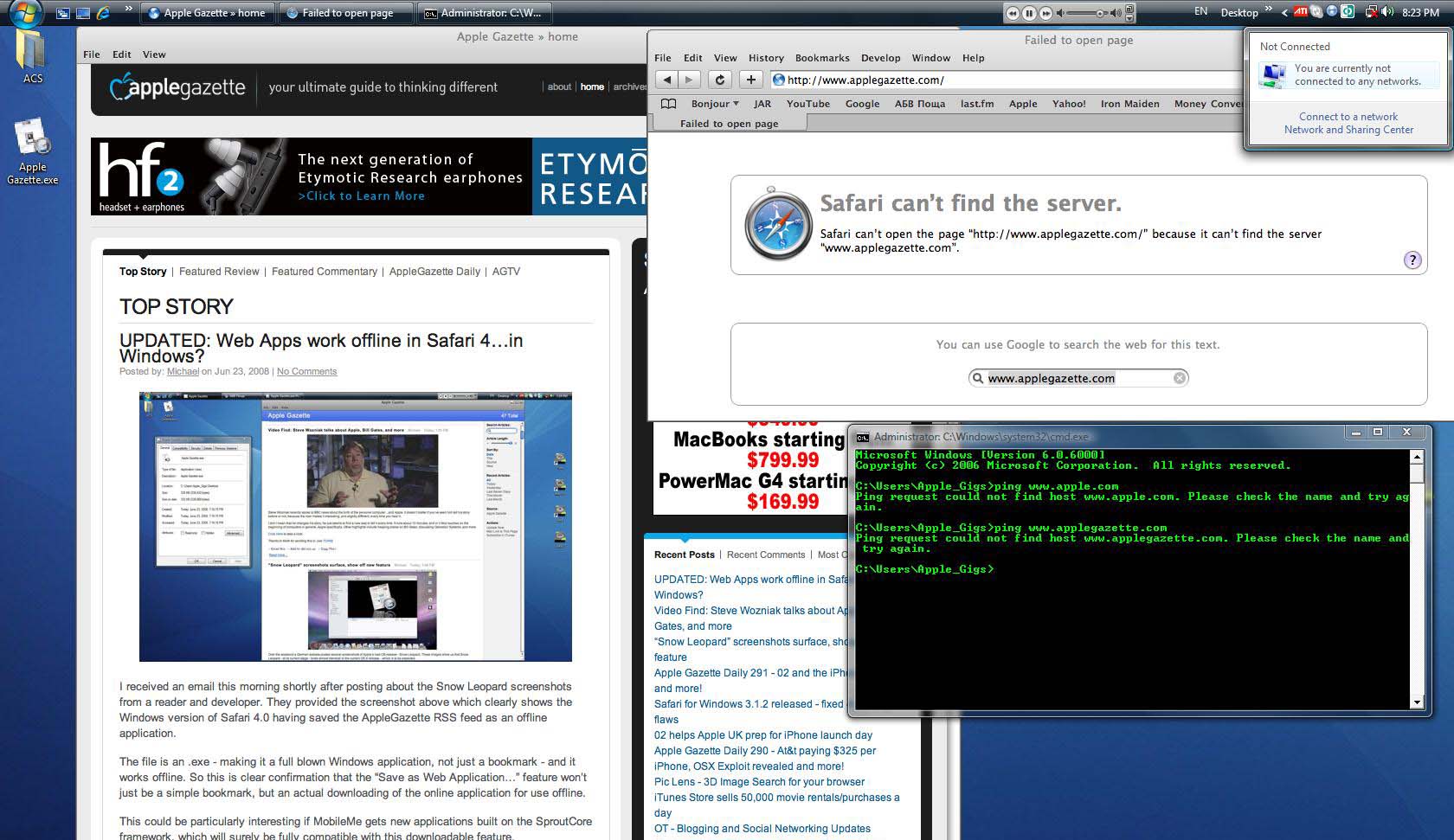 I received an email this morning shortly after posting about the Snow Leopard screenshots from a reader and developer. They provided the screenshot above which clearly shows the Windows version of Safari 4.0 having saved the AppleGazette RSS feed as an offline application.

The file is an .exe – making it a full blown Windows application, not just a bookmark – and it works offline. So this is clear confirmation that the “Save as Web Application…” feature won’t just be a simple bookmark, but an actual downloading of the online application for use offline.

This could be particularly interesting if MobileMe gets new applications built on the SproutCore framework, which will surely be fully compatible with this downloadable feature.

Update: Another developer just sent me some info saying that in the current version of Safari in OSX that saving the site as an app does create an .app file – but when disconnected from the Internet the application shows up completely blank.

So could it just be that the Windows page is showing a cached version of the page and the Safari version isn’t?

Update Again: After talking with the developer again, it appears that Windows does, in fact, store and display the cache if the file is offline, so the site appears to archived, but its just the browser cache.