by Ayran 2 years ago10 months ago

Are you having an issue with the lid of your MacBook Pro? When you close the lid, it should be flushed shut. If it doesn’t, there’s definitely a problem. Why won’t your MacBook Pro lid close all the way? There are a number of possibilities why you’re having this issue:

1. You might have accidentally dropped or banged your Mac.

If this happened, check your Mac for any dents. These dents might be stopping the hinges from working properly. As a result, they are preventing the lid to close properly. If you have some tools at home that can fix the dent, try using it to fix the problem. However, if you’re not well-versed in fixing dents, it would be better to visit a Genius Bar instead.

2. The hinges on your Mac are broken.

While this is definitely a possibility, it might be hard to pinpoint what caused the hinges to fail. Some people would probably opt to try opening up their Mac to look for the issue. If they have ample knowledge on how to operate hardware, they might be able to check and fix the problem. However, it would still be best to let a professional at a Genius Bar handle your Mac and fix any of its issues.

3. The battery of your Mac is damaged and swollen.

The most common cause of your MacBook Pro lid not closing all the way is the battery. If the battery had swollen to a significant level, chances are it would cause the case to bend. As a result, it prevents the lid from staying closed. Your Mac would also show other symptoms if the battery is swollen such as your trackpad not clicking properly. You may also notice your laptop not being able to sit flush on a flat surface. If this is the case, turn off your Mac, head on to a Genius Bar, and have it fixed right away.

4. Something’s stuck in the hinges.

The problem may also be as simple as something being stuck in the hinges. Before you panic, look at the area closely and check for any foreign object. If you find something stuck in there, simply remove it and check if your lid starts working properly again.

If you can’t bring it to a Genius Bar right away to have it fixed, you should not force the lid to close all the way. Doing so might worsen its condition. In addition, you should also shut down your Mac every time you’re done using it for the day instead of letting it sleep. 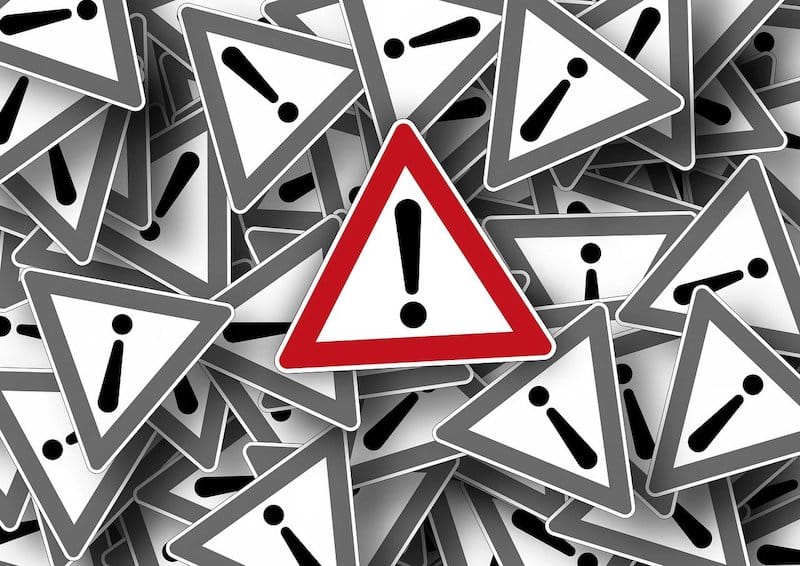 Remember that because your lid won’t close all the way, your Mac would still be running in Sleep Mode. If you do this for long, here are some of the consequences:

Depending on your settings, you can make your Mac go into Sleep or Standby Mode if you haven’t used it for some time. When your Mac is under Sleep mode, it still consumes battery power albeit at a slower rate than normal. Leaving your Mac on Sleep Mode for hours on end would finish up your battery charge.

Letting your Mac enter Sleep Mode is fine if you don’t do it quite as often. However, if you regularly let it go into Sleep Mode instead of shutting it down, it can drain your Mac’s battery life over time. Plus, if the issue of your Mac’s lid not closing all the way is damaged battery, this can worsen your Mac’s condition.

Shutting down your Mac every so often refreshes its RAM. While just closing a program or an app on your Mac would ideally unload data, it might not be as clean as you’d like. What more if you let your Mac sit on Sleep Mode for days after using tons of apps or programs? Shutting it down or restarting also allows your Mac to apply software updates.

If you want to store your Mac for a long time without usage, it’s imperative that you keep it at its prime state. As mentioned, there are disadvantages to constantly keeping your Mac in Sleep Mode that would affect its condition in the long run. This could affect your Mac if you store it for long without fixing its issues first. After you’ve addressed the issue of your Mac’s lid not closing all the way, the next step is to shut it down before storage. Make sure that the battery’s working fine and has at least 50% of battery charge before storing it at a safe place.

Hence, when you notice your MacBook Pro lid not closing all the way for the first time, don’t ignore it. Try to figure out what’s causing this problem right away. Don’t let it sit as it is or this issue might worsen your Mac’s condition. The best way to remedy this issue is by going to a Genius Bar and have it checked by a professional.