You are here: Home / Mac / What’s Next For Apple’s Battery Tech? 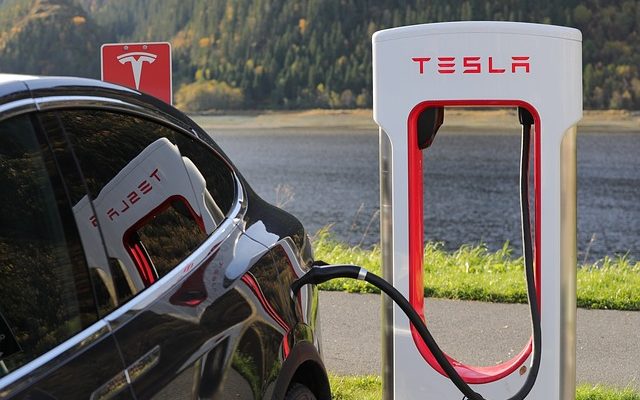 There’s only so much you can do with lithium batteries. You can tweak the doping, change the chemistry, but in the end, we’ve pretty much tapped out that area of technological progress. If Apple wants to improve their products’ batteries, they’ll be looking at solid state battery technology.

Solid-state batteries are smaller, lighter, and provide greater power density than lithium-ion batteries based on liquid electrolytes. The main challenge to their widespread adoption has been the search for a solid electrolyte with sufficient conductive capacity for large batteries, as well as a manufacturing method that allows for economies of scale.

How Does a Battery Work?

All batteries have three primary parts: the anode, the cathode, and the electrolyte. A battery works because charged ions want to travel from the cathode to the anode through the electrolyte. This happens because the carefully-chosen battery components create a chemical reaction that produces free electrons. As a result, a positive charge builds up on the battery’s cathode. This attracts the negatively charged free electrons from the anode. Those free electrons want to travel from anode to cathode. As they do, they power your device.

Keep in mind that electrical and chemical forces always want to equalize. Picture a charged battery like a seesaw tilted in one direction. The charges want to slide down this plane until the reaction is equalized. Recharging moves all the ions back into their starting positions. Imagine charging as cranking up our unbalanced seesaw from the previous metaphor.

How Are Modern Batteries Better?

Only some materials are capable of working as batteries, so components have to be chosen very carefully based on their chemical properties. As a result, advancing battery tech either involves improving the efficiency of an existing battery material or discovering new materials that work better. And since we’ve looked in all the obvious places for battery improvements, now we have to start looking under the rocks of nanotechnology and material science. Solid-state batteries are one of the discoveries to come out of that process, using different electrolytes to achieve the same goal as any other type of battery, but faster, cheaper, and less prone to exploding.

How Are Solid-State Batteries Better?

Solid-state batteries improve lithium-ion batteries by using a solid electrolyte in place of a liquid or polymer electrolyte. It just so happens that this change improves nearly all the battery’s characteristics. Solid-state batteries tick all the boxes of our fantasy battery tech. They’re lightweight, have a low environmental impact, use plentiful components, are less likely to catch fire, and offer more power.

What Are the Uses for Solid-State Batteries?

Solid-state batteries can improve just about every device with a battery in it. They’re especially appealing to electric car manufacturers. Companies like Tesla essentially design a car around the battery. It’s the most important component, defining most of the car’s features. Industry analysts predict that the electric car will see widespread adoption only when the distance traveled between charges meets or exceeds that of gasoline-powered cars. Solid-state batteries just might be the ticket to that future.

What Are Accessibility Permissions All About?