What Is Thunderbolt And Can I Use It?

by Tanner Godarzi 12 years ago8 months ago
2 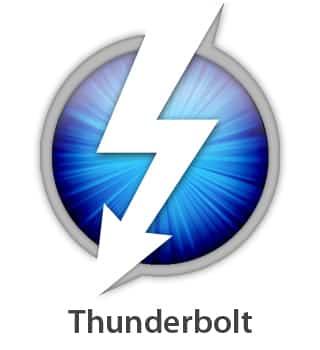 The highlight of Apple’s MacBook Pro announcement is the inclusion of Intel’s newest high-speed data transfer data technology Thunderbolt. Despite it being a new standard, you can start using Thunderbolt today.

Thunderbolt is being billed by Apple and Intel as the successor to USB 3.0, Firewire and other high-speed data transfer protocols. The two companies have been developing the technology for the past two years and the first version of Thunderbolt can support speeds of up to 10Gbps which is twice as fast as USB 3.0, four times faster than Express Card, more than 12 times faster than FireWire 800 and 20 times faster than USB 2.0. The great thing about Thunderbolt is the ability to daisy chain compatible devices which can send and receive data over two 10Gbps channels ensuring a consistent data speed. Thunderbolt is based on PCI Express which means the only data transfer bottlenecks you run in to will be your Hard Drive and anything connected via USB, FireWire or eSata.

One Cable To Rule Them All 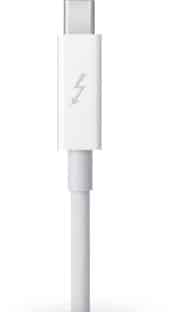 Thunderbolt picks up where USB left off – ubiquitous support – and streamlines every connector and every cable in to one. Since Thunderbolt can transport massive amounts of data at such high speeds, it can support simultaneous connections to FireWire, USB and eSata devices. The more practical uses of Thunderbolt for consumers who don’t need high-speed data transfer speeds will likely be hubs that connect your hard drive, display, printer and other equipment. These hubs can be integrated in to a display or simply be one cable with a multitude of connectors. The potential of Thunderbolt will allow Apple to remove USB, Ethernet, audio in/out and Firewire ports while still supporting them through adapters and hubs. The upside is a thinner, lighter Mac.

If you connect your display using a Mini DisplayPort cable, Thunderbolt is compatible with your hardware. The first wave of devices that take advantage of Thunderbolt will be high-end servers, disk arrays and soon hubs that connect every device you own. If you’re a professional, you’ll be excited to know that high-capacity disk arrays offered by Pegasus and LaCie are now Thunderbolt compatible which will speed up your workflow dramatically.