What is This New Apple Product? 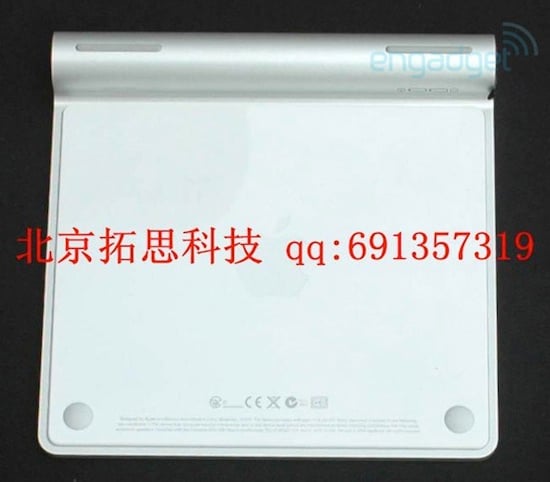 This one has been making the rounds on the old interweb a lot recently, but now, there’s new info. Let’s just skip to the deets from Cult of Mac:

The FCC has approved Appleâ€™s Magic Trackpad, which means the device could be announced as early as this week.

A device known by the model number A1339 and described as a â€œBluetooth Deviceâ€ has just shown up in the FCCâ€™s database. Given how quickly Apple has in the past announced devices that have just approved by the FCC, the Magic Trackpad could be officially launched within days.

The device would act as a big touch-sensitive trackpad for desktop computers, such as an iMac. It looks as though the device supports handwriting recognition, as well as the swipes and gestures found on the Magic Mouse and MacBook Pro trackpads.

Yes, I love my new mouse. That said, I’ve always secretly thought something like this would be a good idea. The trackpad on my MacBook Pro works well for me when I’m on the road, but I don’t like using it long term. But I do like the multi-touch tools that the trackpad gives me. This potential new device would make it like I had a trackpad on my desk, without having to use the one on my MacBook. After all, I’m already using a separate keyboard and mouse, swapping out to this hypothetical device wouldn’t be a big deal.

Of course, it has to be real, first.