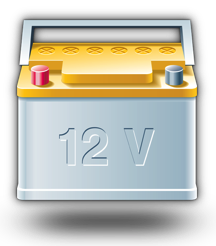 When I was younger, I worked at Best Buy manning the cellular phone center. Back then, nickel-metal hydride batteries were all the rage, because they didn’t pick up a huge memory the way that Ni-Cad batteries in most cell phones at the time did. Since then, we’ve moved on to lithium polymer batteries, which perform better than both of the previously mentioned alternatives, but still need to be cycled every so often to stay fresh. This is what the MacBook and MacBook Pro uses.

My MacBook Pro is a portable computer, but I use it a bit differently than some. I have it in a stand here at the house, with it constantly plugged into a charger. When I do pack it up to head out, I usually take it to my office where it sits in a stand, and gets plugged in immediately. My battery doesn’t have much time to drain.

This isn’t recommended for your MacBook. Apple details how to cycle your battery on their website, and that’s because MacBook batteries have a reputation for dying out quickly. Then yesterday, while scouring the web, I found this handy little utility that should help put an end to my poor battery maintenance ways.

It’s called Watts, and it’s a battery recalibration utility. It sits in your menu bar and displays the battery power most of the time, and then per a schedule that you set up, will turn on and get you into the recalibration process. It’s not a complicated process either, and basically walks you through the same steps that Apple suggests online.

Watts is available for a 60-day free download, and then it’s only $6.95. It’s not a bad price for a utility that could save you a good chunk of change and avoid having to buy a new battery. I know I’ll be using it.