You are here: Home / Mac / VoIP is AOK – Apple Lifts Restriction in SDK 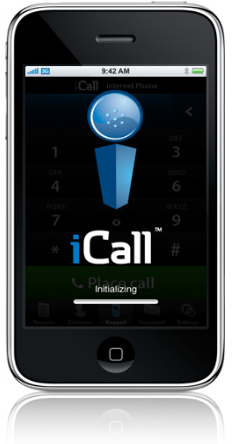 I am not an iPhone developer. I’ve never signed an non-disclosure agreenement before, but I’d love to if it meant I’d see cool new Apple stuff before it hit the street. The people at iCall are iPhone developers though, so when they let this one out the bag, I guess they stopped worrying about that clunky NDA:

iCall for the iPhone and iPod touch now allow full use over 3G networks such as AT&T wireless. Apple has now lifted restrictions prohibiting use of VoIP over cellular networks and iCall free calling for the iPhone is now the first and only app that allows you to make VoIP calls over the 3G network… oh and did we mention that it’s FREE? Download it today at the app store… http://www.icall.com/iphone/download/

ICall obviously has a vested interest in this, being that they are a VoIP company, but still, interesting news. Looks like Skype and Vonage will have those apps running on 3G soon too.

Between this announcement and the new iPad plans, I’ve gotta ask: How the hell does AT&T think they’re going to be able to keep up with all this data? Maybe Luke Wilson has the answer hidden somewhere behind the bag of Oreos he keeps emptying out.