Took an iPhone 4s underwater. This is what it looks... 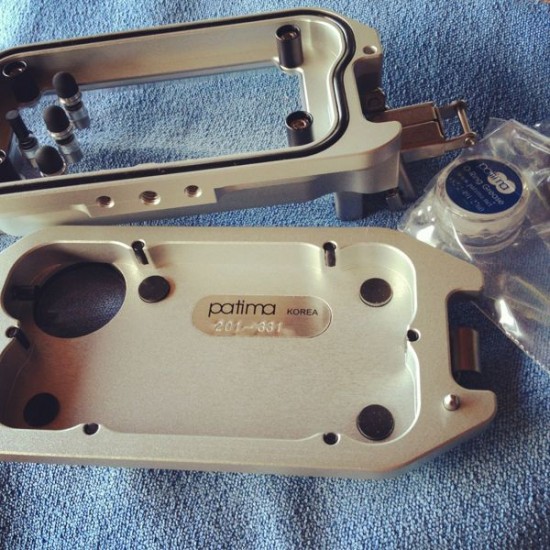 A couple of days ago a friend lent me a Patima underwater casing for the iPhone 4 / 4s. It was rather intriguing because as far as I know this is the first commercially available “hardcore” housing for a mobile phone. And by hardcore we mean Patima. These guys build very high-quality professional underwater housings (they are based in Korea) and after seeing it in the flesh, this elegant beast made of aluminum and steel had “take me down NOW!” written all over it.

Patima’s housing for the 4s doesn’t come in any sort of elegant packaging, which is quite normal for these underwater cases. It comes in a white box with another box for an extra set of o-rings and silica gel. Straight down to business. After shredding apart the bubble wrap, applying silica gel, and closing the housing, I took it down for an initial leak-test without the phone. Patima claims a maximum depth of over 300 meters — well beyond human-capable diving depths. We went down to 12 meters in the warm tropical waters of the Philippines.

Second dive — I put my iPhone 4s in. Patima only works with the latest iOS 5 else you’re going to have A LOT of trouble with the phone. This is because iOS 5 gives you the camera shortcut from the lock screen, which is the only way how you’re going to access the camera functions from sleep mode. So yes it will work with an iPhone 4 or 4s as long as you’re on iOS 5.

Shot some photos. But did mostly video. That’s because the HD-quality of the iPhone 4s supposedly rivals that of DSLR’s. Underwater, it isn’t the case even at 1080p but it does rival the quality of point and shoot video. I had to take a red filter down with me and use it the deeper I go as beyond 15 feet, the reds start to disappear giving way to blueish hues (as you can see from the turtle shots).

If you’re willing to shell out around USD $450.00 for this case, then by all means go get it. If you’re a diver and you shoot underwater, I’d say with that same amount of money you can buy a housing for your point and shoot camera, but then again nothing beats the novelty of being able to tell everyone that you took down your iPhone to 40 meters.