You are here: Home / Apple Inc / The Story of Mister Macintosh 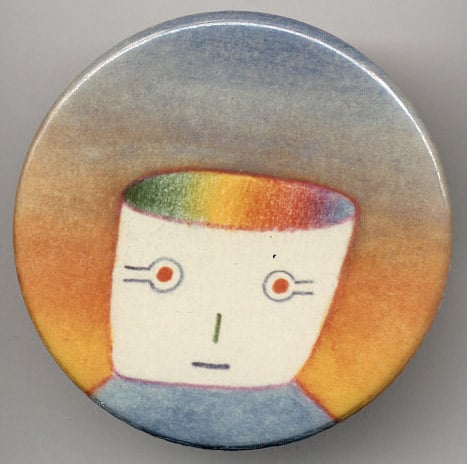 Diehard Apple fans measure their geek cred by how much lore and minutia they know. Here’s a story from way back when that I hadn’t heard, about Steve Jobs’ idea for “a mysterious little man who lives inside each Macintosh.”

This gem comes from the treasure trove that is Folklore.org, which is filled to the brim with anecdotal stories about the creation of the first Macintosh computer. The majority of the stories housed there — including this one — were written by Andy Hertzfeld, who worked for Apple in the early 80s, where he was largely responsible for designing the first Mac OS.

The story of Mister Macintosh shows off a more playful side to Steve Jobs’ personality, a side that was largely absent after his return to the company in 1997. According to Hertzfeld’s story, one day during the development of the Mac, Jobs stopped by Hertzfeld’s office with an idea to do something a little quirky with the OS. “We’ve got to have Mr. Macintosh!” he said, after claiming to have had a flash of inspiration.

His idea was for this little mascot-type character to exist inside the Mac, who would periodically appear in a mischievous sort of way. He was meant to inject a bit of personality into the Mac, popping on the screen seemingly when you least expected him, and his appearances would occur entirely outside the control of Mac users. As Jobs put it:

“Mr. Macintosh is a mysterious little man who lives inside each Macintosh. He pops up every once in a while, when you least expect it, and then winks at you and disappears again. It will be so quick that you won’t be sure if you saw him or not. We’ll plant references in the manuals to the ‘legend of Mr. Macintosh’, and no one will know if he’s real or not.” Jobs suggested that this “Mister Macintosh,” a cartoon-like character, would appear once “every thousand or two times” that users performed a standard UI action like clicking on a drop-down menu. He’d probably pop into being, leaning against the menu as if it were a wall, wave or wink at the user, and then vanish. To Jobs, the key was that users would want to find a way to get the character to come back, but of course that would be impossible, so it created a scenario where users would be always watching their screens closely in case Mister Macintosh decided to put in an appearance.

With Hertzfeld on board, Jobs recruited the marketing team, and then hired French artist Jean-Michel Folon to draw the character. (His designs are shown on the images in this article.) Unfortunately, the storage space on the Mac wasn’t sufficient to accommodate the bitmap images of Mister Macintosh, so Apple was forced to scrap him from Mac OS. Hertzfeld built in a sort of backdoor capacity for any app to implement the character if they wished, but Apple has never opted to do so. And to Hertzfeld’s knowledge, neither did anyone else.

Aside from a few commemorative pins, evidence of Mister Macintosh’s existence can also be found etched into the logic boards of a few early Macintosh prototypes. One of these is seen below; click on the image to see the full-sized version.