You are here: Home / Mac / The Quest For The Perfect iPad Setup 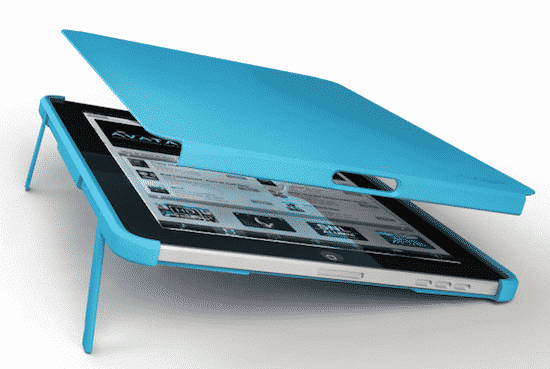 Ever since I purchased my iPad, I’ve been trying to figure out the perfect setup for the device. I figure that I need a stand for the desk, a hard case or wrap to prevent against scratches, and a bag for carrying it around town. Problem is, most of these things can’t be found on the shelf right now, so it’s all about making educated guesses.

Yesterday, I was in the Apple store looking for the camera accessory kit, and I stumbled upon a TwelveSouth BookArc for iPad, so I scooped it up. I can’t speak enough praise about this stand. First off, it’s got two silicone inserts for the iPad. One will work with most plastic cases. The other has two positions: One to hold the iPad vertical, and another to hold the iPad at a slight angle. It’s subtle, but it’s brilliant. It now sits on my desk, just to the right of my center monitor, ready to go. Best $40 I’ve ever spent.

Then later that evening, I went hunting for a bag. I had my eyes on the Casecrown Vertical Mobile Messenger Bag in brown, but the website said that it was out of stock. I came back to it a little while later and to my surprise, it was now available for purchase. Out came the credit card, and boom went the dynamite. It should be here tomorrow, and I’m excited to see how it is in person. By the way, 30 minutes later I checked on availability and it was $5 more expensive. And at last check, it was out of stock again.

Now it’s time to find a hard case. What I want is an incase Slider for the iPad, but that doesn’t exist. I found the one pictured above recently, and it’s caught my eye. It’s known as the Kickstand, and it’s made by Hard Candy Cases. This is still a prototype device and won’t be available until May 20th, so I can’t go check it out today. I think the kickstands are an interesting concept, and if they work well, it would be an excellent way to function with the iPad instead of always hunting for a prop when typing. But until I can hold it in my hands, I’m not so sure I want to pull the trigger. $60 for a case is pricey, but if it works and functions well, then I’m buying it.

Anyone have any suggestions for my missing hard case?