The iPhone Killer Myth – Nexus One Release at 1...

by Kevin Whipps 13 years ago8 months ago
5 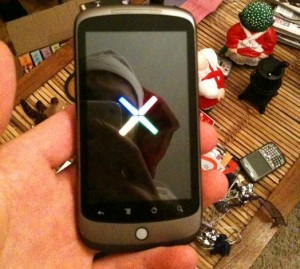 Today’s a big day down at the Google campus, because they’ve got a big announcement scheduled for 1 p.m. Eastern today, and who knows what it could possibly be about?

Well duh, it’s about the new Nexus One phone, one of the worst-kept secrets in recent history – although the argument could be made that all those Twitter posts and leaked pics were just part of building up the hype surrounding the latest smartphone to topple the iPhone in popularity. After all, we’ve been down this path before.

So what does the announcement of the new Google phone built from the ground up by Google (oh, and HTC) to their specific requirements mean to Apple loyalists?

Take a moment and soak in all of the iPhone killers that have come out over the years. There was the BlackBerry Storm, the T-Mobile G1, the MyTouch, and most recently, the Droid. I remember being approached by friends when each new one came out. “Kevin, check it out. My new Storm! Holy crap man, the keyboard is awesome!” Then there was, “Dude, my G1 is awesome! I can scan a barcode and get a price online – and it’s fast!” Three months later, they’re all either shopping for new phones, or having problems with their current model for one reason or another. I remember when my friend’s G1 keyboard broke, or their Droid’s battery cover popped off in the middle of a call. It’s just ridiculous how hard some people try to top the iPhone, and then fall so short of the mark.

Fact is, there is no iPhone killer. Lots of people are going to put out their versions of the iPhone, and it’ll be released just in time for Apple to come out with a new concept. Or they’ll come really close, but not quite there. Here’s what they’re missing; the big “x” factor that makes the iPhone so popular.

Yeah, I know, shocking, isn’t it? Fact is, it’s cool. Remember the first time you saw the iPhone? It looked so amazing that you couldn’t believe it was actually a device. No buttons? Touchscreen? Plus that little chrome ring that just made it look that much cleaner. It became a status symbol almost instantaneously, and celebs everywhere were caught with that chrome Apple logo shining from between a few fingers. It looks like that device from the future that we were all promised in the 80s, and it performs even better. My iPhone does more things than most PCs circa 1995, and has better graphics to boot.

But if it’s not the cool factor, it’s the ease of use. In a few clicks, you’re online. You’re making calls. Your e-mail comes in. It makes things easy and seamless, something that people have tried to imitate for years from Apple, and they’ve never been able to do.

So let’s assume that Google’s phone is the best thing ever. Let’s assume that HTC breaks their streak of crappy hardware and puts out a quality piece of equipment that can last more than 6 months. And let’s say that Google’s Android OS is so amazing that there’s no reason anyone will desire an iPhone again. Let’s just say that all that happens. The iPhone will still be the better phone, end of story.

Why? Everyone I know has iTunes, and everyone I know has an iPod. Sure, I’ve met a few stragglers with Zunes, but they almost always convert back over because it’s not as easy to use. Those millions of iTunes users all have credit card accounts on file, and they all just click to buy the latest CD, movie or App for their phone. Google has none of that. Sure, they’ve got a loyal user base, but no way to turn those people into phone users, and no iTunes equivalent to use for music. The infrastructure just isn’t there for an iPhone like success story.

Cam they get close? Sure. They’re going to sell millions of those phones, we all know it. But just when it seems like they’re going to catch up to the iPhone, June is going to come around and the new iPhone will be out on the market, and millions will buy the new one, without a care in the world.

What we as Apple fanboys want is for Google to make Apple sweat. To really make Steve think that he’s got some serious competition – enough to make him work that much harder on the next generation of iPhone. All these competitors just drive Apple to make better products, and if Google’s Nexus One performs well, the next iPhone is going to be that much better. Because if it’s one thing Apple likes, it’s to dominate the competition.

I wish I could remember who said this – although I want to say it’s Gruber from Daring Fireball – Â but I read it recently and it rang true. The only person who’s going to build an iPhone Killer is Steve Jobs, because he hates the current iPhone and won’t stop until he makes the next one that much better.

Here’s to hoping the Nexus One is a huge success.