The iPhone as a DSLR 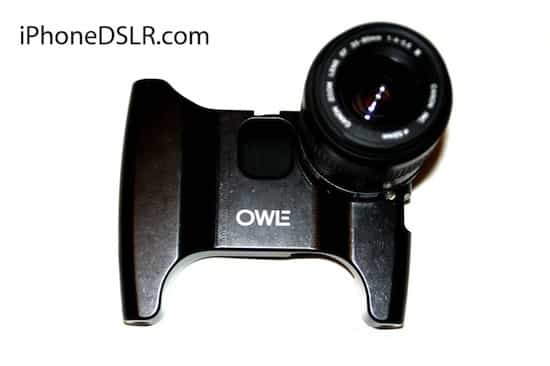 For those of you who didn’t know (or care, more specifically), I’m a photographer. I go out, take pictures of cars and trucks for magazines, and then sell them for ridiculous amounts of money. And by ridiculous, I mean 50 cents and a bag of flour. The other day, I was looking through some old pictures that I had taken on my T-Mobile Dash and remarking at how horrible they were. These were really bad, with overexposure, graininess and the whole deal. Comparing that to my iPhone 4, I wondered if someday my fancy DSLR would be replaced by my phone. Looks like some people are already working to make that happen.

It’s just a prototype right now, and it definitely needs some work, but above is an iPhone mount with a Canon lens attachment on it, and it’s called the iPhoneDSLR. It’s not perfect, and has a few issues, but the images and video that it’s putting out is still pretty neat to look at. Ultimately, this is still an experiment, but at some point, I can see something like this becoming reality.

Why? Well even though professional photographers will still want the flexibility and versatility of a true DSLR, there are plenty of amateur photographers out there who buy prosumer-level cameras every day. Imagine if their phone had the ability to change out lenses for different situations. It’d be pretty cool, right?