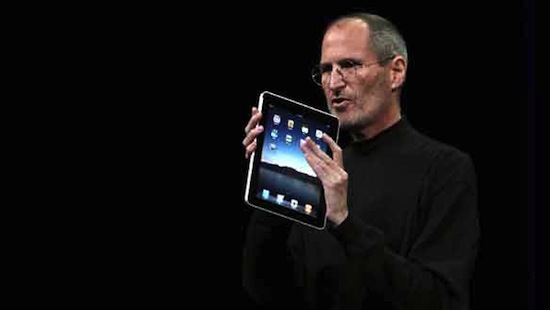 I have a friend of mine who isn’t very tech savvy. She loved her BlackBerry for years, because she loves to wear down the keyboard with frequent texting. When the iPhone came out, she debated it for literally years until she finally caved in and bought it. Now it’s her favorited device.

Flash to the other day, and she was talking about all the “cool new tablets” coming out on the market. I sat there and listened to her about how she wanted one with USB ports and everything so that she could do all of her computing on the fly wherever she happened to be. Then all her music could go on it, and it was going to be so much better than an iPad.

After owning the iPad for a few months now, I can honestly say that it’s become one of my mostÂ indispensableÂ devices – just not for the reasons that I originally thought it would be. I have taken it out on the road with my wireless keyboard and tried to get a few things done. Problem is, it’s not my iPhone. Without multitasking, it seems like I’m constantly opening and closing programs so that they work the way I want them to. Since I know that’s just an update away, I’ve decided to wait on putting my iPad through the paces in that manner. Instead, I use it to read.

Between comic books, novels and Twitter updates, the iPad is the perfect tool for instant reading. I don’t have to wait for it to boot, or go through some complicated menu system to find what I’m looking for. Instead, I push a button, slide my finger across the screen and it’s on. No muss, no fuss. I can get to reading whatever I want right away, and I never even think about it. And I haven’t yet had to travel on a plane, but when I do, you can bet that the iPad is coming with me. Then I can watch a movie or read while doing my thing. It’s perfect.

What my friend doesn’t get is that the iPad isn’t a full replacement computer, and it shouldn’t be. For me, it’s become the way that I consume video, books, and the web, in a convenient form factor. Occasionally, I’ll use it to get things done. Ultimately, I think she’s going to buy a PC tablet, then a few years down the road really wish she had bought an iPad instead. History does have a way of repeating itself, after all.