The Best iPad Case Ever

by Kevin Whipps 12 years ago9 months ago
3 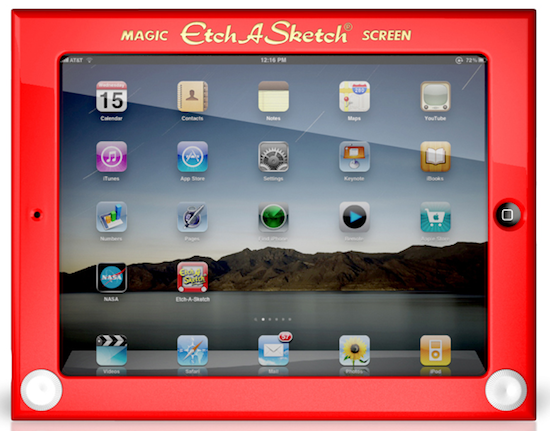 One of my greatest childhood frustrations was the Etch a Sketch. No matter how hard I tried, I never was able to create a cool design or picture with the thing, and it drove me nuts. Eventually, I hucked it across the room in frustration and stormed off. Inevitably, a week or so later I’d go and pick it up and try again. Wash, rinse, repeat.

But this isÂ legitimatelyÂ cool. It’s an official Etch A Sketch iPad Case, and better yet, it’s cheap. $39, which is cheaper than most iPad cases out there today, and it also doubles as a hiding box for your iPad, because really, who’s going to jack your Etch A Sketch?

From the official PR:

That’s an awful lot of features in a $39 case, but it’s also cool looking. It’s win-win to me.