That’s Why I Use a Mac 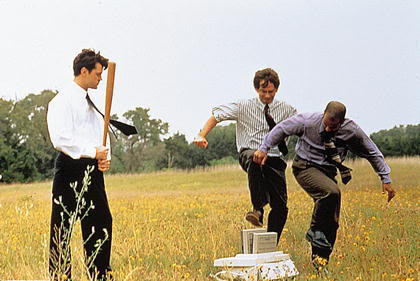 Ever since my wife had our child back in February, she’s been staying at home taking care of the little guy. OK, technically, she’s been staying at home since she was laid off in October, but that’s neither here nor there. Last week she got a call from her old job. Turns out they need help, and she’s the only one who can do the gig, so they want her to do some freelance work. That’s good news of course – money is always a good thing – and they gave her a copy of their software plus a key to install onto her computer. Plus a deadline – Thursday afternoon.

About a year ago we bought her a 17-inch Dell laptop for her job as a designer. It was originally a Vista machine, but she upgraded to Windows 7 Ultimate fairly recently. Â Most of her software is Windows only, and although she likes Macs, she’s nowhere near the Apple geek that I am. Today though, she might have taken a step in that direction.

It’s Tuesday night and she starts installing the software on her machine. It doesn’t quite take, so she decides to go to bed and try again in the morning. 6:30 a.m. rolls around and with it, the two of us. She gets cracking on the install again, while I get ready for my day. I shower, eat breakfast, watch a little TV while she’s hunched over the computer, one hand on her forehead, one on the mouse. Once I’m done around 8:15 or so, I meet her in the office and start doing my work. Up and down she goes, alternating between installing the program and taking care of our son until at 11 or so when she turns to me and says, “What am I doing wrong? This just won’t install.” We try troubleshooting, including calling my Dad the software programmer, and decide to try the Mac. I have XP on VMWare on my iMac, so we gave that a shot. It installed, but it still didn’t work right, so now we decided to try the XP emulation mode on Windows 7. Same problem as the iMac, leading us to believe that it was a problem with running that program on an emulator.

Around 2 p.m. she’s even more exasperated. The hand is still on the forehead with the other on the mouse, but now her jaw is almost constantly open and every so often she says “Really? REALLY?” Then she turns to me and says, “Kevin, can you help?”

At this point, I was a little behind in my day as well. I had run a few errands, taken care of Kevin Jr. for a bit, and I needed to catch up myself. So I said what I felt. “Kirsten, I’m sorry but I just don’t know what to do. It’s been a long time since I had to figure out something like this. I just don’t budget ‘fixing computers’ into my work day like I used to, because I don’t have to.”

That epiphany really changed my perspective a bit. I remember spending hours on end trying to get scanners to load, or printers to be found, all trying to work the angles and get XP working correctly. When it did, I felt like the hero who just saved a town of kids from a stampede of cattle. But now I don’t have to deal with those problems very often, so I just don’t worry about it. My day is more about productivity, not about trying to troubleshoot. It’s relieving.

We did finally get the software to work. Turns out there was a newer version available for Windows 7, and the company was able to remote in to her computer and download it for her. That said, it was 4 p.m. before she got started on her work, which was due the next day. I decided that we’d make a fun night of it and have an all-nighter so she’d feel more comfortable with company nearby. We got a lot of Red Bull and she eventually got it done.

When PC people talk to me about how inferior my Mac is in the future, I’m going to tell them about this moment. It may sound cocky and arrogant, but my computer does pretty well on a regular basis and that’s a welcome relief from my PC days.