Take It to the Streets – Chinatown Wars Comes to... 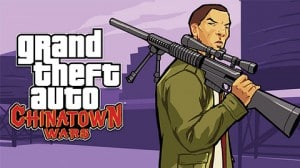 What makes this version so different from the latest models on the consoles? As of GTA III, the series ditched the overhead view and made it more 3-d, and more personal. Chinatown Wars goes back to those overhead days, bringing a sense of nostalgia to the game. As an added bonus, this makes it easier to play on a portable, which made it a huge hit on the Nintendo DS. Now that it’s on the iPhone, it’s a sure thing that sales will increase.