T-Mobile announces the “G1” – Will it rival the iPhone? 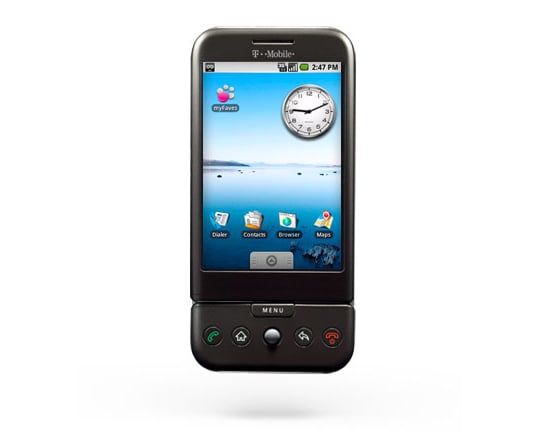 Today T-Mobile officially unveiled the T-Mobile G1 – the first phone to use Google’s Android platform. The phone will cost $179 and will be available in the United States on October 22. T-Mobile has referred to the device as “game changing” and say that it will “power a new mobile internet future”.

The phone will be coming to Britain in Nov, and will hit other European countries in 2009.

The G1 offers similar features of the iPhone and Blackberry lines, including a touch screen, internet browsing, wi-fi, email, and sms. It also runs custom applications, and will feature Amazon’s response to the iTunes store on it in the form of a new mobile Amazon music store.

I’m not convinced that Android will have what it takes to knock the iPhone out of the picture, but I am certainly eager to see the phone in action.