Transmit is arguably the most popular FTP application on the Mac. Version 3.6.3 has just been released and it featured improved Leopard and Amazon S3 compatibility, French and German localization and several bug fixes. The update is free for registered users, and new users can get Transmit for only $29.95. 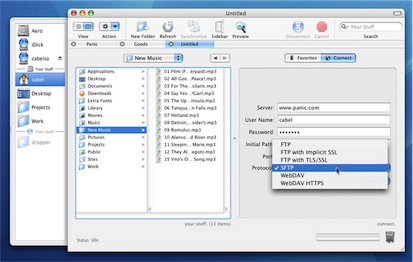