Rumor has it that Foxconn, one of the China-based manufacturers is assembling the new iPad 3 and that it will begin shipping in roughly a month and a half. With huge demand for Apple’s iDevices around the world, it seems that only China can accomodate this massive scale and deliver iPad after iPad to the wanting public.

I myself have an iPad 2, alongside other Apple devices and I really do admit that I’ve been lured both by the amazing hardware and software integration as well as Steve Jobs’ charisma during his famous keynotes. As I admire the iPad 2’s lovely craftsmanship (I run my fingers through its near-sharp edges), I can’t help but feel that this is all smoke and mirrors, knowing that right now, a Foxconn employee is on a 36-hour shift finishing a similar product that will be shipped halfway around the globe. 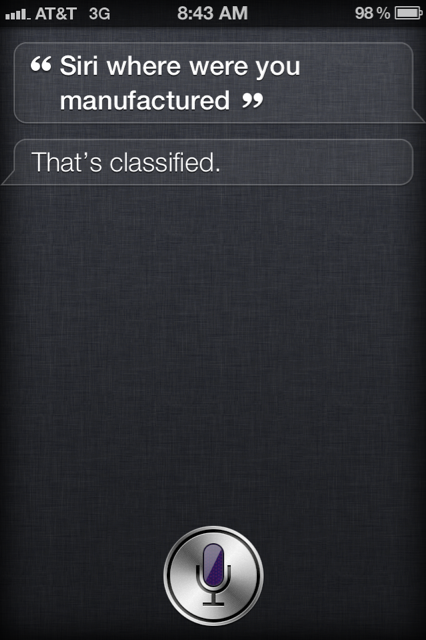 Photo by The Atlantic Wire

Smoke and mirrors. That’s what it is. Beyond Apple’s famous commercial to break conformity, in another part of the globe the very same products are being manufactured by people who could have very well fit into the “Big Brother” commercial from the 80’s. And asking Siri doesn’t help. If you ask her where she’s made, she will tell you that’s classified information. Sure we all know she’s made in China, but the AI seems to be telling us something deeper. That something is going on inside Foxconn’s closed doors: The long hours. Suicides. Not getting paid. Depression.

And we’re not just talking about Apple, but outsourced technology in general. Microsoft’s XBOX is also manufactured by Foxconn. And it isn’t just China. It’s just that, well, the iPad is really nice.

In metaphysics, we learn that the “good” tends to spread itself and as a point of causality, something that is “good” must have come from a similar source. But as I browse through the many articles and photos of Apple’s outsource hub, the world starts to make less and less sense. Where people from around the world get to revel in such amazing technology, while sacrificing the lives of nearly half a million workers in China.