‘Significant’ Apple Stores Soon To Open All Over The World 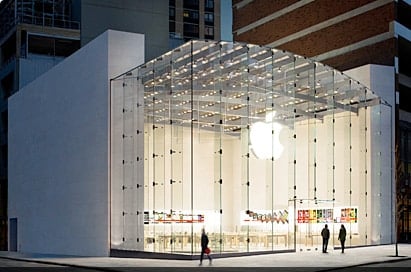 While other retailers call them flagship stores, Apple has announced that they are targetting to open around 40-50 ‘significant Apple stores’ all over the world by the end of 2010.

Just this year, they have opened around 26 stores, including three (3) brand new ones in Paris, New York and Australia.

The largest Apple store to date is the UWS (Upper West Side) Apple Store in New York which boasts of an all-glass arched roof and a 45-foot genius bar. Wow.

Apple is aiming to open stores in major cities such as Paris, London, Shanghai and in other countries such as Canada, Australia, Italy, Switzerland and Germany.

As for me, I just wish an Apple Store would open up in Manila, Philippines. We actually don’t have an official Apple Store here. What we do have are authorized resellers and service centers. Having an Apple product or parts serviced takes twice as long, sadly, since they have to request for approval from Apple Singapore.

As for Apple’s expansion plan, this move reminds of me what Starbucks did. The next thing you know, there’s an Apple store in every corner.