by Jayvee Fernandez 12 years ago3 months ago
3 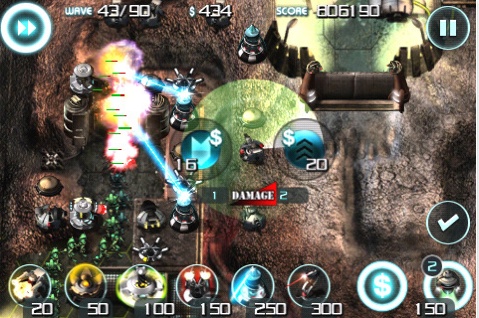 For the entire month of February, Sentinel: Mars Defense is free. If you’re knee deep into Plants vs Zombies, or any sort of tower defense game, Sentinel is definitely something you’ll appreciate. Given that you’re pegged to survive a series of 60 alien rushes armed to destroy your Mars gate, you’ll have an array of weapons at your disposal to eradicate the Mars threat. You can plant guns in strategic choke points and upgrade them for faster fire rate. Some weapons do direct damage, while other slow opponents, while others still do area of effect splash. Essentially it’s the combination of turrets you put down that determines the outcome of every round.

Definitely Sentinel: Mars Defense is a MUST download, but get it now before February ends as the promo only lasts till the end of the month. The game allows you to connect to your Twitter and Facebook to update friends with your progress as well as compete with other player high scores.