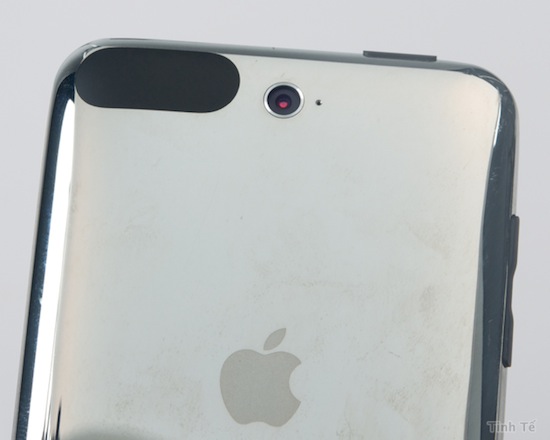 Over the course of the past month or so, Vietnamese site Tinhte has been posting up pics of new Apple products on a regular basis. First it was the 4th-Gen iPhone, then the 13-inch MacBook update, and the latest here is the iPod Touch. Thanks to the world of Google Translate, I can provide this quote:

IPod Touch with a camera behind. Initial view that this looks identical to the iPod Touch 3rd generation and iPod Touch is similar to the camera posted for sale on each eBay.IPod Touch In this table we also saw a record specifications behind machine, in which every word 64G (perhaps symbolizing 64GB capacity of the machine). Connect your computer, be Reported as running iPhone OS 3.1 machine. Do not know if Apple has introduced a machine like this in the coming WWDC 2010 or not, but let’s glance see how tiny it offline:

I feel like I’m living in the future. Now I just need a robot maid and I’m good to go.

It wouldn’t be particularly shocking to me if the new iPod Touch had a camera. In fact, I anticipate it’ll have a camera and a huge size, over 100GB. I don’t think that’s going out on too big a ledge either, considering how popular the device everyone calls the iTouch has become.I don’t expect this to be here for WWDC though. Instead, I think it’ll come out in September at the annual iPod event.