There was a time when creating an animated short took a team of dozens of people, required tons of paper, pencils, ink and paint – not to mention a full blown sound studio for audio recording and a multi-thousand dollar camera to shoot each hand drawn cell individually.

My how the times have changed.

Toon Boom Studio 4 is a complete animation studio in a box. What once took dozens of people and thousands of dollars, can now be achieved by as little as one person, for a price of only $349. Every major step of the animation process is included in this package, allowing you to literally go from sketches in your notebook, to a product that is ready for broadcast television, the Internet, or even theatrical release. 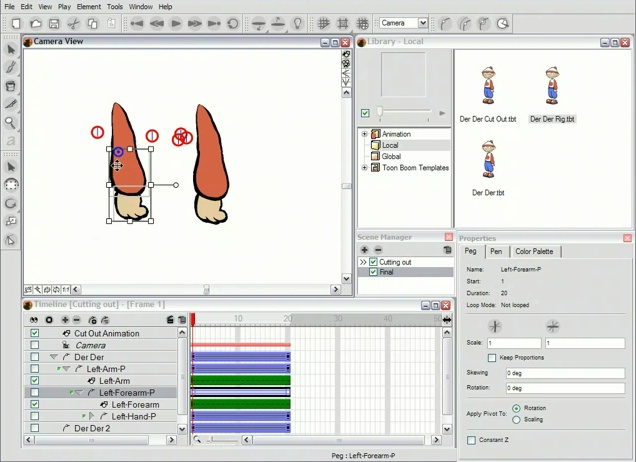 The online tutorials are an easy enough guide to get you started, but I do wish there was an easy way to purchase a print copy of the full blown manual. I’m not a fan of flipping through 350 or so pages in PDF form. I looked online for a place to purchase the print version, but, alas – no such luck. I would recommend to the makers of Toon Boom to consider using a company like Lulu.com and making that book available to those interested in it…because some of you will need it to get the most out of Toon Boom.

Being a long time user of Adobe products like Photoshop and Illustrator, I had to only slightly retrain my brain to work with Toon Boom. For the most part, if you understand those programs, you will have a leg up on understanding some of the basics of Toon Boom. As I mentioned, there are online tutorials for help, and the great thing about them is that they can have you animating in seconds – so you actually feel like you’ve accomplished something right out of the gate. 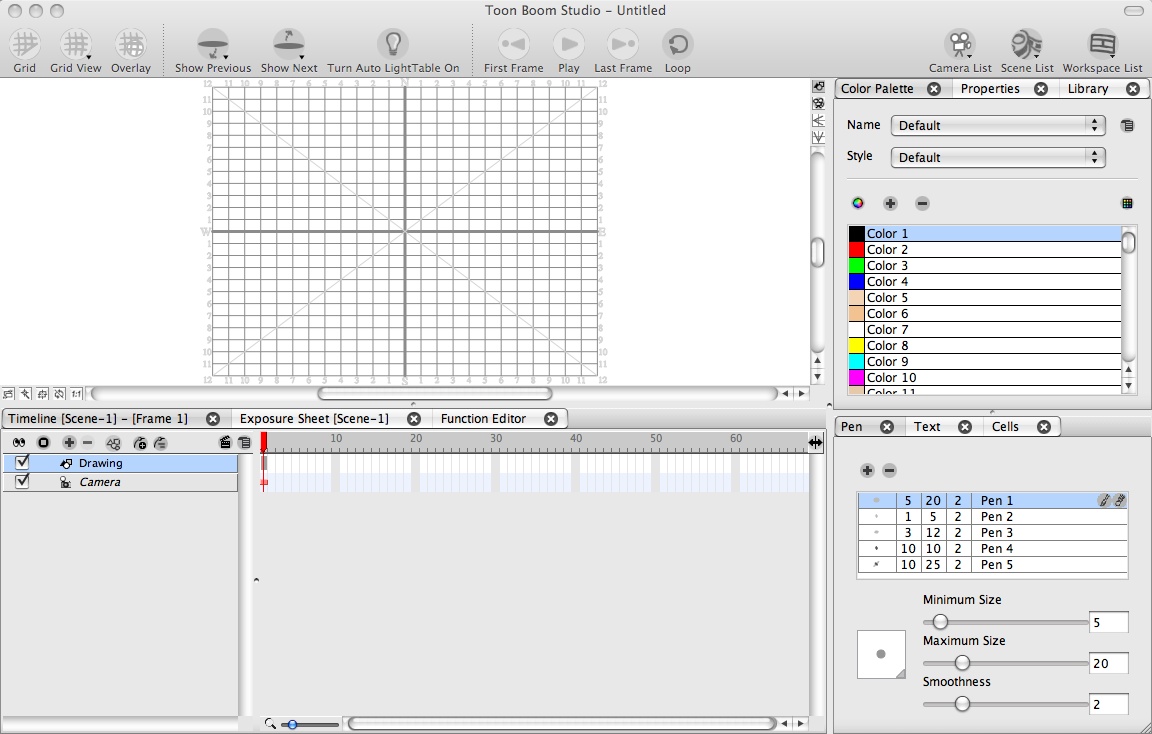 The product that Toon Boom is sure to be compared to the most is Adobe’s Flash – and while the comparisons are understandable, it’s really like comparing a swiss army knife to a broadsword. While Flash is certainly capable of creating some great animation, Toon Boom is designed specifically for animation – and it shows. This software caters to the needs of animators without having to also cater to the needs of web site and application developers, and the result is a much more focused, and better thought out product.

If you’ve been sitting up late at night watching Adult Swim and are convinced that you and your buddies can make a better show than “Squidbillies” you’re officially out of excuses. Go to ToonBoom.com, buy this software, spend a week (or a month depending on your schedule) learning the ins and outs through the tutorials, online resources, and manuals – then make your show. You have everything you need right here.