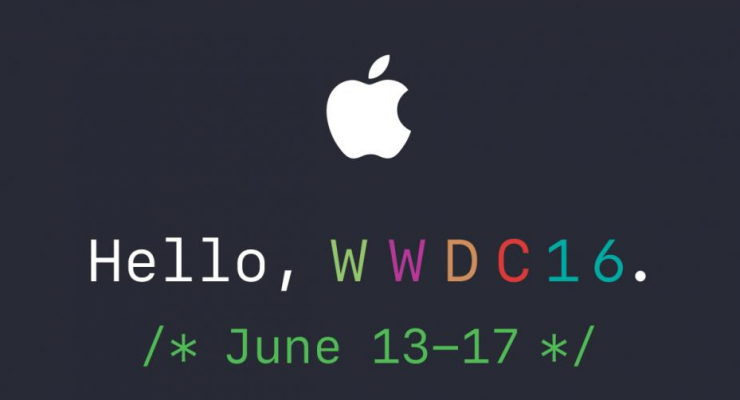 The Apple Worldwide Developers Conference or WWDC 2016 is coming up and the event is always something for Apple junkies to look forward to. The conference will be hosted by the Bill Graham Civic Auditorium in San Fransisco. The official page of the site states that during the event “Apple’s renowned developer community comes together to learn about the future of OS X, iOS, watchOS, and tvOS.”

As Apple is in a bit of a downturn we’re expecting bit things out of WWDC 2016. Here are a few of the key points:

The Apple watch is a few old now and there have been several developments that have been a huge step in the right direction. Recent third-party add ons were a great addition to the product but a lot of people are still upset about the lack of custom watch faces. A lot of the other smart watches like Android and Pebble have almost infinite possibilities. The Apple watch on offers the user a few different options, and even beautiful landscape shots get old at a certain point. The biggest thing that’s pushing innovation in the Apple watch the number of competitors that are as good if not better than the piece. We’d also like to see more customization in terms of fonts.

The Apple TV has made several noticeable improvements. The new remote is 110 times better than the last version. The trackpad alone is something that we all needed and the Siri option struck me as a feature that was incredibly useful and I didn’t even know I needed. They do need a better display for the live channels that we’re able to watch. The current interface feels clutters a lot of the time and with the best developers in the world on their team we’re expecting big things. Developers have been rather sluggish to adapt to the Apple TV and we really, really want to see some great new game unleashed on the platform. They’ve been put out a few amazing games but that side of the platform is still really young and there’s a lot of room for growth.

It has been far too long since we’ve seen an update in the Macbook Pro. The next thing that we’re looking forward to is a new retina screen. The last models of the Macbook Pro came out in early 2015. The new model is highly expected to be unleashed at WWDC 2016 and there are probably going to be some new features that Apple addicts are hoping for. We also expect to see a lot of new features in Apple Pay. At this point Android Pay is considerable more versatile and easy to use than Apple’s version of Pay. There are probably going to be some sessions that address the issues with app.

The tenth version of the Apple operating system feels like there isn’t that much that’s necessary but there are a few updates that we’d love to see. Apple has always been great at connecting between devices but third party apps like Waze and Spotify still feel shaky on the platform. The update is expected to change a lot of things.

Ultra Thin Macbooks To Be Released In July?