Put a Shell on your iPad 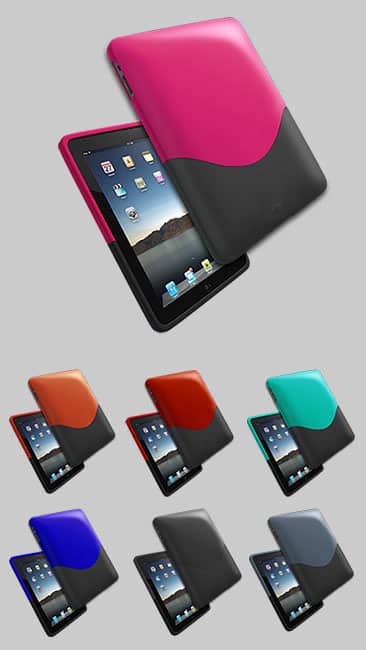 I’ve been looking for an iPad case that I like for a long time now, but none of them have really hit the mark. I think part of my problem is that what I was looking for didn’t exist – not in the form I expected, anyways. So I gave up, and I ordered my second choice, which will arrive on my doorstep tomorrow.

And then, just after I ordered my case, I got an e-mail from iFrogz. They had a new series of cases for the iPad, and they wanted me to try one out. I agreed, so they sent one out free of charge, and I decided to test it out.

It’s called the iFrogz Luxe case, and it’s pretty much exactly what I was looking for. It’s a two-piece plastic case, designed to be slipped around the iPad and then clipped together. It comes in a variety of different colors (pictured above) and for $39.99, it’s not too bad on the price, either. So is it worth the money?

First, the fit. It’s nice and tight on the iPad, which I first thought might lead to scratching. Turns out, that’s not much of an issue because the inside of the case has a felt lining which not only doesn’t scratch the surface, but keeps the plastic case from clicking against the aluminum body as well. The two halves of the case click together nicely, using a combination of friction and plastic shaping to make things match cleanly. There are various holes for access to the lock button, headphones, buttons and speakers, with ample room for everything.

But ultimately, this comes down to whether or not you think $40 is a good deal for an iPad case. Well, many people seem to think that you can charge a premium for anything with a lowercase i in front of it, but I don’t think that’s the case here. I’d pay $40 for this case, because not only is it well put together, but it looks good as well. For me, it’s the answer to a question that I’ve been looking for, and I’m glad it found its way to my inbox. Weird how things work sometimes.