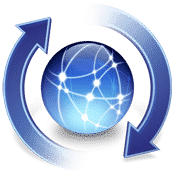 Apple has released what is most likely to be its final update to Snow Leopard — an update who’s chief purpose is to prepare your computer for Lion’s imminent arrival. Time to update!

Apple says that 10.6.8 is a package of “general operating system fixes” that include enhancements to the Mac App Store that will “get your Mac ready to upgrade” to Lion. OS X Lion is a husky, 4-gigabyte beast, and with millions of Mac users making the upgrade… that’s a lot of data to transfer through the Mac App Store. Apparently Apple needs to make some adjustments to its code to ensure its stability during the OS upgrade launch window.

There are a few other tweaks as well, such as a glitch in Preview that causes it to quit, improved support for Internet Protocol version 6, and an a routine that will identify and remove known variants of the Mac Defender malware, and some other minor fixes that will have little affect on most of us.

Apple never comes right out and says that this update is required for Lion upgraders, but I think it’s implied, isn’t it? Better safe than sorry.