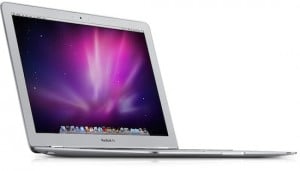 PhotoFast, manufacturer of a SSD upgrade kit for the MacBook Air has stopped all production of the unit because of a request from Apple.

PhotoFast’s kit which used a Toshiba X-gale SSD and came in 64, 128 and 256GB capacities is no longer in production according to Daily Tech. PhotoFast, which is part of Apple’s MFi program and can make third party accessories was threatened to end production or risk being kicked out of the pgogram. Not wanting to damage its relationship with Apple, the Japanese based company no longer sells the upgrade kits and the product page is down.

The SSD kit used a standard mSATA connection and does not use any propietary parts. It’s very unusual that Apple would threaten a MFi licensee over a SSD upgrade kit but concerns over short supply of Toshiba’s X-gale SSD could have influenced Apple’s decision.