OS X Lion Hits Torrent Sites, Should You Download It? 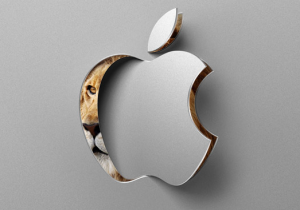 The developer preview of Mac OS 10.7 Lion has arrived on the most popular torrent site. Question is, is it safe to download?

Apple made the developer preview of Lion available Thursday through the Mac App Store. As of now, developers who paid the $99 annual fee to Apple’s Developer Connection can legally run and install Lion. However, that hasn’t stopped the Developer Preview of Lion from reaching torrent sites.

Potential legal issues aside, the current iteration of Lion is meant for developers to test their Apps on and provide feedback to Apple. Bugs and other nuances have yet to be squashed and using a Beta or preview for mission critical tasks is a terrible decision. Incompatibility could arise and corrupt data or hamper your daily workflow.

Downloading the Developer Preview from a site besides Apple has some risks associated with it. Malicious code could be included that can track personal information or the file itself could be a dud.

If you really want to try the new version of OS X Lion, you can sign up as an Apple developer for $99 which gets you access to all pre-release Software made available in addition to the Developer Preview of OS X Lion.