Next Version Of Final Cut Pro To Be Amazingly Awesome,... 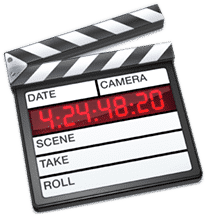 Apple’s Final Cut Pro may be set for a massive overhaul with a launch that is nothing short of awesome according to several sources. The newest version of the professional video editing App will be announced this Tuesday at the place it made its first public debut: a user group meet in Las Vegas.

A year ago doubt arose over the future of Final Cut Pro. Rumors pointed towards a more accessible and user friendly route pushing it towards iMovie and away from the professional users that have found a home in the App. An email from Steve Jobs reassured the professional community the next version of Final Cut Pro would be nothing short of awesome. However, many questions were left unanswered. Another email from Jobs teased 64-bit compatibility and users should “buckle up” for the next version of Final Cut Pro.

The newest version of Final Cut Pro is likely to be announced and previewed this Tuesday at a SuperUser meet during the National Association of Broadcasters (NAB) expo in Las Vegas. Many guest speakers and rival companies were kicked off at the last minute and a sudden shift towards a Final Cut Pro centric event only fuels rumors Apple will unveil the newest video editing suite this Tuesday.