by Tanner Godarzi 11 years ago3 months ago
6 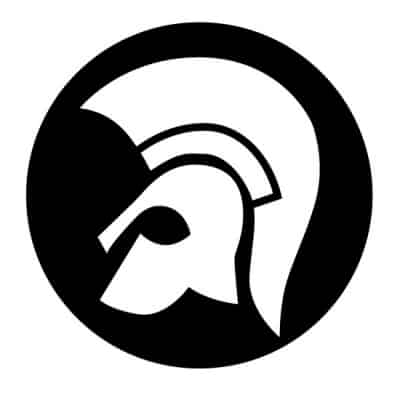 A new Trojan for OS X that operates remotely to steal user information and crash a Mac has been found by security researchers Sophos.

The “backdoor Trojan” called BlackHole Rat and dubbed MusMinim-A by security researchers operates in the background of an infected Mac. MusMinim’s biggest threat to users is the ability to display fake prompts asking the user for their administrator name and password. This gives the Trojan complete access to your Mac and has the potential to execute malicious commands, collect passwords and user IDs or crash your Mac.

Currently the Trojan can execute shell commands, prompt users to click a URL via a popup and wreaks havoc on an infected Mac by forcing the machine to shut down, restart or enter sleep mode. Side effects of the Trojan include text files littering a user’s desktop and alerts consuming the screen which leaves no option but to restart.

The Malware’s user interface reveals it is under ongoing development and informs the user of its malicious intentions:

“I am a Trojan Horse, so i have infected your Mac Computer. I know, most people think Macs can’t be infected, but look, you ARE Infected!
I have full controll over your Computer and i can do everything I want, and you can do nothing to prevent it.
So, Im a very new Virus, under Development, so there will be much more functions when im finished.” 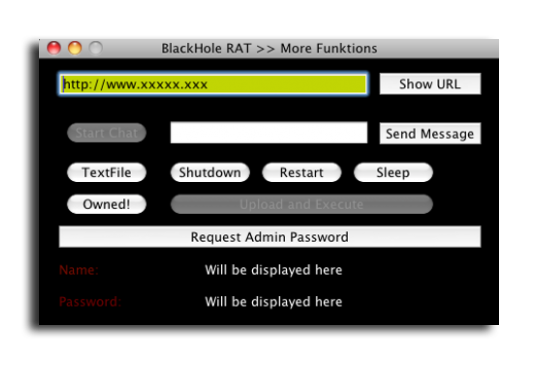 The Trojan’s interface controlled by a hacker

An analysis by SophosLabs revealed it’s a variant of the popular Windows Remote Access Trojan darkComet. MusMinim’s development and infection isn’t without irony. MusMinim’s author calls his Trojan “Black Hole RAT” but ‘Black Hole’ is the name of an App that increases a user’s security by removing sensitive information that could be exploited.

Sophos published data is has collected on the Trojan to help users identify OSX/MusMinim.

Apple is starting to take greater strides when it comes to security and is giving prominent security researchers a sneak peak at OS X Lion.

Hackers, Malware writers and programmers with malicious intents are taking notice of OS X’s growth. As Apple products increase in market share, they become more enticing to write viruses, Trojans and Malware for as the amount of targeted users increases. However, there are some ways you can protect yourself.

How To Protect Yourself

While the number of viruses, Trojans and other Malware available for the Mac is far fewer in number compared to Windows, security Software exists. Sophos, â€” which has years of experience finding flaws in Operating Systems and helping users guard themselves against vulnerability â€” maintains and distributes a free Anti-Virus scanner for Mac users.

Using common sense when downloading files, exchanging information and handling sensitive data are ways to protect yourself online. Buying Software from trusted sources removes the risk of going to shady yet convenient file hosting sites. Being wary of sites that distribute Apps and being able to identify what’s bogus or what could hurt your computer makes it harder for hackers to take advantage of unsuspecting users.

“Trojans like this are frequently distributed through pirated software downloads, torrent sites, or anywhere you may download an application expecting to need to install it,