NBC & Time Warner Sticking With Flash – Is This...

by Kevin Whipps 13 years ago9 months ago
6 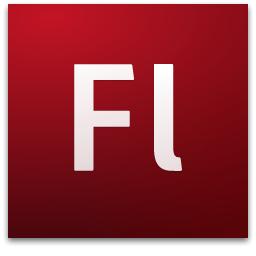 Apparently, Apple versus Adobe is the tech field’s Chevy versus Ford. I, for one, am pretty tired of reading about this petty crap, so I’ve decided to stay away from reporting it for the most part. That was the case anyways, until yesterday. Time to address it, I suppose.

The NY Post is reporting that Time Warner and NBC Universal are going to keep their online offerings in Flash and not rewrite the code for another option because it will cost them money.

Though the iPad has been a huge hit, media companies are feeling emboldened in their rebuffing of Apple by the launch of rival touch-screen tablet devices, such as the ones coming from Dell Computer and Hewlett-Packard, sources said.

In addition, one media executive pointed out that Apple’s ability to dictate terms to the media giants will be weakened further by Google TV, a software product that enables viewers to watch online video on their big-screen TVs.

Read: “We’re not betting on Apple, we’re going to put our money on Google to save us with a product that as of right now is vaporware.”

The problem is when those things change, not everyone is cool with the way the transition is handled. From my perspective, Flash is handling this like a big baby. It took them until CS5 to come up with a system that was coded specifically for the Intel processors, three years after the fact. And CS4 is great – if you like programs that crash all the time and hog resources. Apple isn’t innocent in this situation, either. I completely get why they’re doing this: Apple isn’t willing to work Flash into their OS because Adobe has proven to them, time after time, that they won’t keep up with their own technologies at Apple’s pace. As a result, screw them. It’s that last part that’s working people the wrong way, and making Apple appear like a bully to poor, innocent Adobe.

I’m tired of this argument. If NBC and Time Warner don’t want to change over then let them stay with Flash. 5 years from now they’ll be recoding their libraries anyways to match some other new technology anyways, and they’ll just be one more step behind the curve. And when that happens, and it cuts into their profits, then it’s their own fault. As for Apple, I think they should stop talking about this. They’ve spoken their final words, so let’s leave this sleeping dog to die.

And with that, I’m now done talking about Flash.

Until the next time it’s news, I suppose.