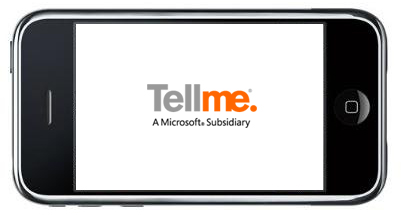 Microsoft is working on an iPhone App. Specifically the company’s “Tellme” unit. The group is actively developing a version of Tellme, which offer voice-activated search for a variety of phones, for the iPhone.

The company quickly put together an alpha program for the iPhone a few weeks after the SDK was released, but they have yet to complete the project to a state where a public version would be available. They believe, however, that they will get it accomplished by the end of their current fiscal year.

Senior director Dariusz Paczuski told cNet that the biggest challenged they faced with it was the lack of a physical button the device that they could use to activate the service. Instead, they will most likely use a large virtual button on the touch screen.