by Michael 15 years ago3 months ago
6 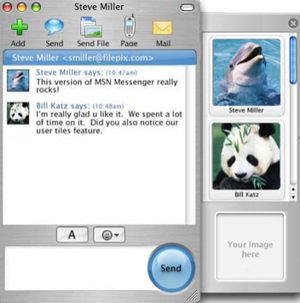 In a move that should surprise absolutely no one, Microsoft has dropped MSN Messenger for Mac from development. The notoriously buggy application will be discontinued, but Microsoft promises that a new IM client that will work with AIM/gTalk/ICQ will be released soon.

You don’t? What do you mean we already have Adium and who the heck needs Microsoft?