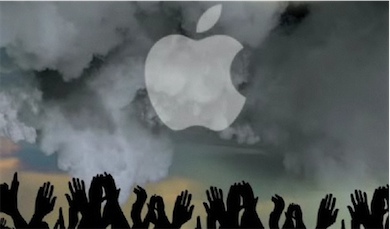 Having just watched the trailer for this film, all I can say is – WOW. You have to see this!

MacHeads is a new documentary film that chronicles the lives and experiences of several members of the “Cult of Mac”, including the 2007 Macworld announcement of the iPhone during Steve Job’s Keynote.

From the trailer the film has a very “Trekkies” vibe to it. That documentary is a favorite of mine for chronicling the lives of Star Trek fans who are obsessed with the sci-fi series. MacHeads appears as though its going to follow the same type of fans -but with a Mac focus.

You can view the trailer by clicking here.

There is no word yet on the official release date of the film. I’m hoping to have more information on the project soon.