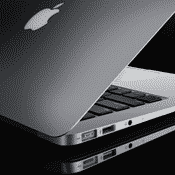 Apple’s line of MacBooks (the white plastic ones), MacBooks Airs, and Mac Minis are due for new models with upgraded technology under the hood. MacBooks in particular are overdue for a refresh, since it was May of last year that Apple last introduced new models.

Mac Rumors is reporting that the new hardware for all three products could be coming in mid-July, to coincide with the release ofOS X Lion. Apple’s usually punctual with their yearly product updates, so holding out for Lion is a logical excuse for them to miss that annual window. Other sources are suggesting that Apple may have targeted July 19th as launch day for both Lion and the new Macs.

iMacs and MacBook Pros have already gotten new models this year that take advantage of Intel’s Sandy Bridge processing structure, and Apple users have been waiting for the rest of the Mac hardware line to be given Intel’s latest technology for months. Supplies of MacBooks and Mac Minis are reportedly dwindling among third-party retailers, which is usually the public’s first sign that a product refresh is imminent.

So what can consumers expect from new MacBooks, MacBook Airs, and Mac Minis? A look back at what iMacs and MacBook Pros got earlier this year surely holds the answer: Thunderbolt ports, AMD Radeon graphics chips, FaceTime HD cameras (who needs phone service?), extended battery life for the ‘Books, and the aforementioned quad-core “Sandy Bridge” processors. And very likely, running on Lion.

Might Apple have some surprises in store? We should know in a few weeks.