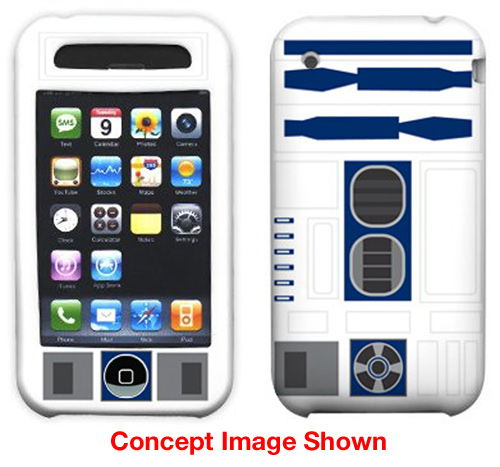 My wife and I are huge fans of Star Wars. Anytime the movies are replayed on Spike, we all tune in and lose a few hours in the force. I personally don’t hate the first three (I-III) as much as most people, even though they are difficult to follow at times, so I’ll watch them all. One of my favorite characters is the fun little droid, R2-D2.

Lucasfilm has plenty of Star Wars accessories available, and now they’re taking pre-orders on a new iPhone 3G and 3GS case, with the R2-D2 pattern on the back. This is most likely because of the Verizon Droid 2 with R2D2 badging, coming out later this year. Regardless of the motivation, I think this one is going to sell like hotcakes.

Of course, it looks like it has a few flaws. I’m not a huge fan of the front of the case, as it looks a bit odd and disjointed. The back is what it is – R2-D2. Hopefully they will iron out a few of the kinks before this thing gets produced. Until then, I guess we’ll just have to wait and find out on our own.