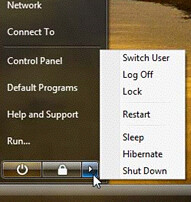 Following a post I made a while back on ForeverGeek citing comments that Windows Vista has too many options for shutting down, I’ve been thinking about how Apple designed the iPod to have no power button. True enough, as of recent public betas, Vista users have at least nine ways to turn off their computers. And this includes standby, hibernate, logout, switch users, and full shutdown, among others. Then there are the hardware methods of shutting down–closing a laptop lid, hitting the power button, laptop Fn key combinations. Hey, maybe you can even include pulling the plug!

One good reference point oft used is the Mac. There are lesser options for shutting down. At the very least, the “extra” options are left for more advanced users to figure out and execute manually using Terminal. But for the rest of the Mac-using populace, it’s just Shutdown, Restart and Log Off. At least that’s for OS X. Simpler. No headaches. 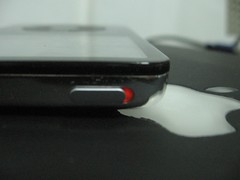 However, one example that’s even better is the iPod, which doesn’t even have a power button, nor menu functions for turning off (except for the new Shuffle, which calls its “hold” button an on/off switch)! You can just pause your music and leave your iPod be until it goes into sleep mode by itself. Or, if you prefer, you can hold the play button to put your iPod to sleep immediately.

There’s not even an option to power it down, ever. Restart? The iPod only does a reboot when the system gets screwed by some corrupt music file or some other bizarre occurrence.

Of course, you can enable a shortcut for sleeping directly on the main menu. You can even lock the screen so only someone who knows the correct combination can use the iPod. However, these are turned off by default.

Less reasons to screw up

The point is that I would say Apple designed the iPod with user friendliness as its top priority. And giving people less reasons to screw up would be in line with this design principle. Trust me–I’ve tried several portable music players before, and for most of them, I’ve had to read the user manual several times over just to understand how it is exactly to power the thing up and turn it off without a hitch (and I consider myself to be a techie). Some players don’t even remember what you were last doing before shutdown, so you start from the very top of the menu hierarchy. Some don’t even have bookmarking for long audio files–this sucks when you have to cut your podcast listening short (and podcasts can last up to an hour or even more, so you would really hate to have to search through the audio to pick up from where you left off).

The beauty of the iPod’s interface is that when it goes to sleep, you get back right to where you were when you wake it up–just like waking up your Mac. So you get back to the point where you left off. With movies (in the case of the 5/5.5 G iPod) and podcasts even, the software bookmarks where you left if you exit from watching the video or listening to the podcast. The next time you play it, you return to that same point.

So should every gadget maker follow the same principle, at least for on/off options? Should gadget makers lessen ways by which users can intervene with how their devices power down?
Perhaps not all. Many gadgets are supposed to be simple enough to use that even just an on/off switch would suffice. But for gadgets that are meant to do a lot of things–like play music, videos, games, and such–it pays to give the end-user less headaches.

And yes, this includes computers.