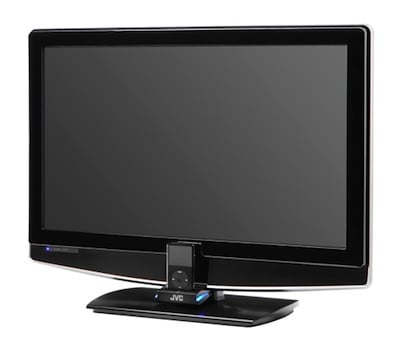 JVC has launched a new line of HDTVs that include the first four TVS to feature their own iPod docks. The LCD P-series features an iPod cradle that allows you not only music, photos, and video playback – but it even treats the iPod like a native device. A special on screen menu appears when the iPod is docked to allow easy navigation and customization to your viewing experience. For example you can either view your video in a “full screen” mode, or at the original pixels it was encoded at for the iPod, giving you a variety of viewing options.

Three of the models are 1080p, while the LT-32P679 model is 720p. Each one features multiple HDMI ports, and pricing will be available closer to the official release of the televisions.