Jorno Bluetooth Keyboard Up for Preorder 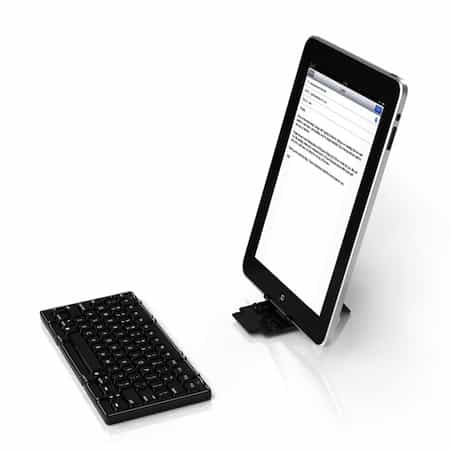 One of the nice things about the iPad – and now the iPhone with iOS 4 – is the ability to use a Bluetooth keyboard. Fortunately enough, Apple has a handy-dandy one that isn’t too big, but it’s still large enough that it’s not always convenient to haul around with you wherever you go, particularly with the iPhone. Portable keyboards are nothing new, but Jorno is hoping that theirs is a bit better than others. Why?

That’s a good question. Well, it comes with a detachable stand that will hold your iPhone or iPod easily, and also folds up to a small enough size to pop into your pocket. The keyboard is slightly smaller than your standard jobber, but I don’t imagine that will be incredibly inconvenient. For me though, it looks a bit tall and I’m not quite sure what the throws of the keys are like. That’s important to me, so until it’s released out in the open, I’m going to reserve judgement.

However if you want all in on this one, go ahead and plunk down some cash. It’s $79.99 on preorder, and should ship in the next few months.