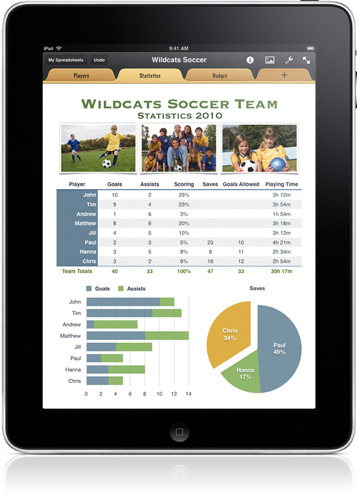 When I first bought my very first Mac, I bought Office 2004 with it, as my security blanket. Now I find myself using the iWork suite more and more, mostly because of its ease of use and really cool features. I love me a spreadsheet, but it’s got to look good, too. Numbers does that and more.

Well, it seems like everyone who buys an iPad nowadays is buying Pages, Numbers and Keynote for the device as well, because Apple is raking in the cash. The Business Insider has a piece speculating about the kind of numbers that the three $10 apps are making. Here’s the scoop:

The “iWork” apps are already on track to potentially generate more than $40 million in annual sales, according to our analysis of App Store sales so far.

And in the first month, they’ve probably already passed $3 million in sales, likely making Apple the most successful iPad developer, by revenue, so far.

Yes, $40 million is obviously a tiny number in the context of Apple’s overall iPad revenue, whichÂ could top $1 billion just this quarter.

Oh yeah, there’s that. So The Business Insider is estimating that Apple could clear $1 billion in iPad sales, and $40 million in iWork apps for the iPad. Looks like the Unicorn Tablet ain’t doing so bad, huh?