iPhone Clamshell Patent sure to get rumor mill stirred up 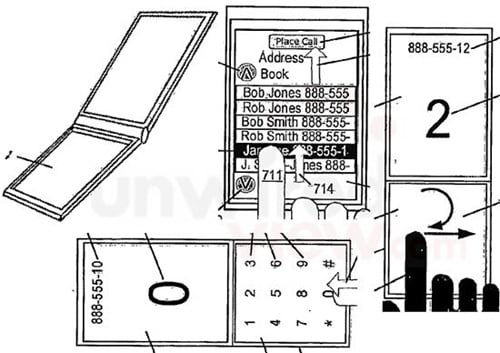 The latest Apple patent to be uncovered is described as a “dual sided trackpad”. It would have a translucent cover with a capactive, multi-touch trackpad that accepts input on either side and can activate controls depending on the pad’s position according to Electronista.

The primary interaction for a pad like this could be on a small handheld device. The pad could attach via a hinge and switch its functionality depending on whether it is open or closed.

The second interaction of the patent could apply to Macs that would have the dual trackpad replace the conventional surface on a notebook. A fully shut notebook could switch input ot the outside and use it as an external interactive display for checking things like e-mail, music, and other simple actions.

This patent is merely an idea from Apple, and one that way may NEVER see – but it doesn’t get much more “Star Trek” than this one – and you can expect this technology, which may not even exist yet, to be a main stay of Apple rumors from this point forward I imagine.