The Best iPhone Charging Devices On The Market

by Alex Thomas 6 years ago8 months ago

There are a lot of iPhone charging devices but most of us are tired of the boring wall charger. I seem to lose mine about once a week, not that I won’t lose these as well. A couple years ago the charging pad made it’s debut and we thought that we’d seen everything. But today’s charging pads are significantly better than they were a couple years ago and there are also a lot more ways to charge your phone. The best investment I ever made was buying a 10 foot long USB cord, since I don’t want to sit around by my phone waiting for it to charge. Here are a few charging accessories that you might need. 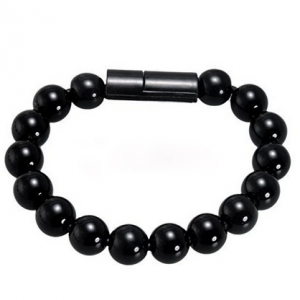 The charging bracelet is ideal for somebody that has a tough time holding onto their stuff. This bracelet plugs into itself and looks a little nicer than the standard bracelets which are essentially just cords. These are a rather new idea, since the charging bit for an iPhone 4 was hardly suitable for plugging into itself. There are a lot of different charging bracelets but you can check out this inexpensive one here. 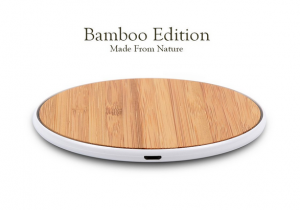 This Bamboo Charging pad is a sleeker and stronger pad than you’re used to. It’s a nice piece that looks great anywhere. The bamboo is polished smooth and it’s lightweight so that it’s easy to move around. The bamboo is a new edition in 2016 and though there are a lot of similar chargers on the market but the reviews speak highly of this one. The only problem is that you have to buy another attachment before you can charge your iPhone on it. You can find the bamboo charging pad here. 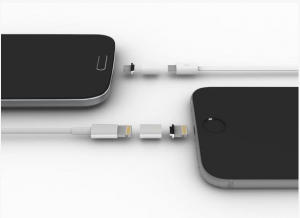 The Znaps is essentially a magnet that you plug into your phone and makes it easier to charge the device. Rather than worrying about plugging in the charger and yanking your cord, which could damage your phone, the cord or both, the Znaps is magnetic. It’s great for driving when you don’t want to look down with your phone in your hand since that’s a pretty easy way to get a ticket. I’ve personally ripped the ends off of two charging ports in the last year so this seems pretty logical to me. You can check it out on their website here. 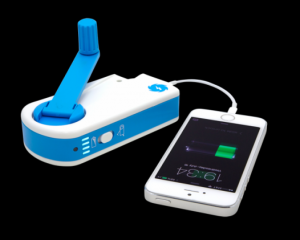 The SOS charger is probably the coolest thing on this list and I’m hoping that it works as well as advertised. It’s a wind-up charger, so basically a hamster wheel, but you’re the hamster. The site advertises that you only have to wind the charger for 3-5 minutes and you’ll get 10-12 minutes of phone use. It’s lightweight and slips easily into a backpack so that you can take it anywhere. You can check it out here. 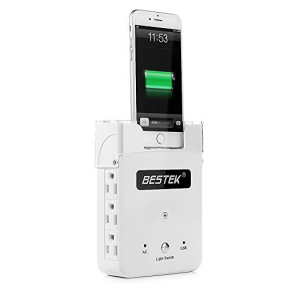 The Bestek wall outlet charger is one of the better products that I’ve bought. It’s a charging dock and surge protector all in one. While there is only one charging dock, there are four different USB outlets so that you can charge a handful of devices at once. At less than twenty bucks it’s extremely affordable and there’s a warranty on your devices so that you don’t have to worry about a storm. You can check it out here. 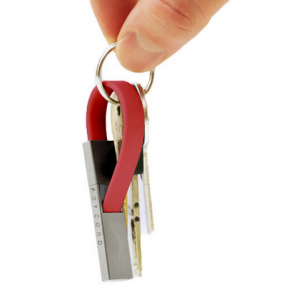 The Popcord is similar to the bracelet charging cord but it goes on your keychain instead of around your wrist. The cord is small enough that it fits onto a backpack, on a keychain ring or anywhere else you want. The Popcord is supposed to be incredibly sturdy and the reviews that I’ve found on it have nothing but positive things to say. You can check it out here.