Flash, the iPhone and the Lenovo Skylight 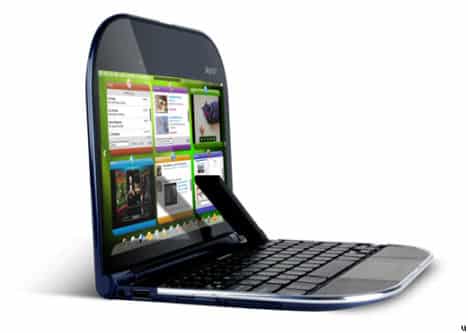 I spoke a little bit on Friday about the whole Flash and Apple saga, and for the most part, that’s where I was going to leave things until I read an article on Gizmodo. The article is about the rise and fall of the Smartbook, which, for those of you who didn’t know, is part netbook and part smartphone. Yeah, I didn’t know about them either. Anyways, a little further down in the article is this gem:

Fortunately, ARM marketing VP Ian Drew, in an interview earlier this monthÂ with ZDNet UK, wasn’t shy to point out that Adobe had dropped the ball by delaying Flash for mobile devices:

“We thought [smartbooks] would be launched by now, but they’re not,” Drew told ZDNet UK… “I think one reason is to do with software maturity. We’ve seen things like Adobe slip – we’d originally scheduled for something like 2009.”

In the case of the Lenovo Skylight, that meant that the revolutionary new device they were going to push out to consumers was going to be delayed until at least July of this year – and that’s assuming that Adobe gets Flash out on time.

This is ultimately what Apple doesn’t want to happen to them. Let’s say that Apple is going to release iPhone OS 4.0 into the wild come the WWDC in June, and knows this as far back as January. They tell Adobe that Flash is going live in 4.0, so they’d better get their act together. Adobe doesn’t, and now Apple has a full OS ready to go, except they have to wait on someone else to actually put it out there. In the real nightmare scenario, this could push the OS back months, maybe years, making for some very unhappy customers.

But this isn’t just my speculation, it’s what Steve Jobs wrote in his infamous Thoughts on Flash:

Steve doesn’t want Adobe steering his ship. He’s the captain of the S.S. Apple, and if Adobe wants a piece, tough crap. It’s his boat, and he can pilot it as he sees fit.

I’m not saying that anyone has to agree with what he’s done, or agree with the decision to keep Flash out of the OS. But I think at this point that it’s clear why he’s doing it, and those same reasons are what screwed Lenovo with the Skylight.

Ultimately, Flash is not going to be the thing that sinks Apple and the iPhone. It could certainly be a contributing factor, but Steve has placed his money on consumers wanting an iPhone as it stands, without Adobe’s big product. Those consumers are going to vote with their wallets, ultimately, and in the coming months, Android phones will go live with Flash, and that may help shape the landscape a bit clearer. At this point, only time will tell who bet on the right horse, but for me, I’m betting on Apple.