Flash Gordon – Do I Care About Flash? 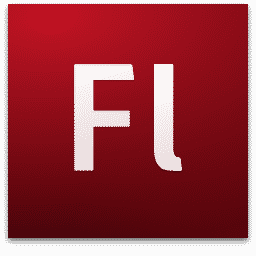 When I bought my iPhone, I did a lot of surfing on the web. There were a few different sites that didn’t quite work the way I wanted to, but anytime I had a problem, it was all Flash related. Missing links, ads, etc. I wouldn’t say that I “missed” those things, but regardless, this little part of the web was missing, like someone took out a piece of the puzzle. But over time, I got used to it. I learned to just accept the Lego bricks where I saw them, and moved on with life. I didn’t do enough browsing on the iPhone to make it a big deal, so why stress?

With the iPad, that may change things a bit. I originally thought that without Flash, there was no way that the iPad could succeed. All those Flash games can’t be played on the iPad, making the mobile web experience less like a missing piece in a puzzle, and more like a missing beef patty in a hamburger.

But then, there’s this little bit from that article at Wired:

About Adobe: They are lazy, Jobs says. They have all this potential to do interesting things but they just refuse to do it. They donâ€™t do anything with the approaches that Apple is taking, like Carbon. Apple does not support Flash because it is so buggy, he says. Whenever a Mac crashes more often than not itâ€™s because of Flash. No one will be using Flash, he says. The world is moving to HTML5.

Every time I open up Photoshop, I have one problem or another pop up. Same with InDesign, Illustrator, and sometimes even Acrobat. Flash is just as buggy with Safari, which makes me wonder if Adobe can ever produce something stable. For being a company with a line of products so permeated into American culture that one of their names is now a verb, you’d think they would produce something that didn’t crash like a 16 year old girl with a texting addition.
So for me, I don’t care about Flash. Fine, the iPad doesn’t have it. Eventually, things will shift to HTML5 and we’ll forget about Flash. Sure, it’s cool, and it does help me with some day-to-day tasks, but it’s not going to kill the iPad for me. Instead, I’ll just not go to the sites that use Flash, and I think a lot of other people feel the same way. Meaning that when market share of the iPad picks up, Flash starts to drop down, and developers start coding differently.
No matter which way it goes, this is going to be an interesting one to follow.
Kevin Whipps is a copy editor, writer, photographer and custom car builder based in the Phoenix, Ariz. area. For the past 10 years he's been building his portfolio, mostly in the automotive publishing industry. When he's not wrenching on cars, most of his time is spent discovering new gadgets and toys, and of course, using everything Apple. Whipps is also married, and has a baby boy, Kevin Whipps Jr., coming on February 7, 2010.